A big story full of controversy.

In what seemed to be a normal day at the lake for the inaugural LFA Women's Flyweight Champion Andrea Lee and her husband Donny Aaron, controversy arose as she shared a picture of herself and her husband and it was pointed out that Donny had a tattoo of a swastika on his forearm.

Andrea ‘KGB’ Lee’s husband has a swastika tattooed on his forearm. pic.twitter.com/NTntH0paRr 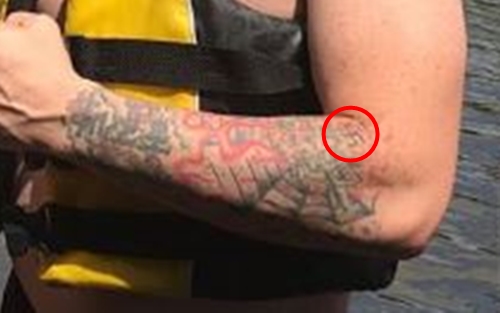 More photos of Andrea Lee and Donny Aaron were brought to the forefront and it was uncovered that Aaron had another controversial tattoo as well on his left arm. Twitter users pointed out the Aaron has the 'SS Bolts' tattooed on him which is a white supremacist/neo-Nazi symbol. 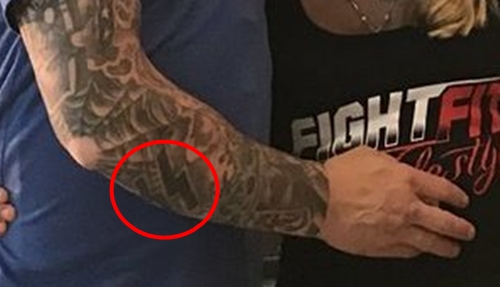 Once both of the images began to attract negative attention towards herself and her husband, Andrea Lee took to Twitter to explain that she nor Donny Aaron are racist and that Donny had the symbols tattooed on him while he was in prison over a decade ago.

It's just a Nazi tattoo. You "sensitive ass mofos." pic.twitter.com/RbQ6A6BHi6

The controversy transitioned over to Aaron's personal Instagram page. When he posted a photo of himself and his family onto the platform an Instagram user asked if he does indeed have a tattoo of a swastika and Aaron went on to explain that he covers up the tattoos whenever he is in public and added that what he engaged in all those years back have no reflection on who he is now. 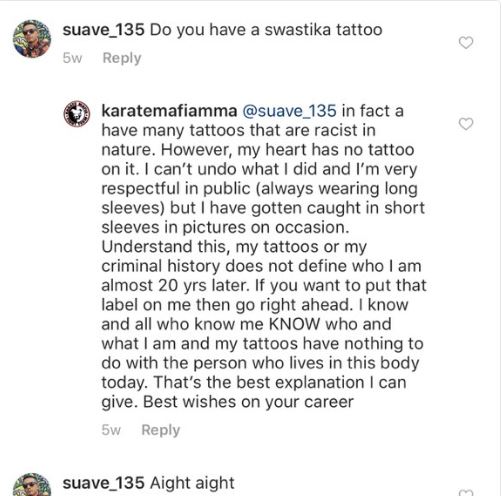 Aaron would respond the following day as well --

Please read. This is from my heart. Whether you hate me or not I remain sincerely sorry and will continue to do good by people regardless.