Mickey Gall has fought three times in the UFC, defeating the trio of Michael Jackson, CM Punk and now Sage Northcutt. Northcutt, who is normally known for his kind and generally happy persona, was doing some trash talking to Gall during their UFC On Fox 22 encounter.

Our own Twitter account @FightfulOnline theorized what Northcutt may have said in the cage before it was revealed. 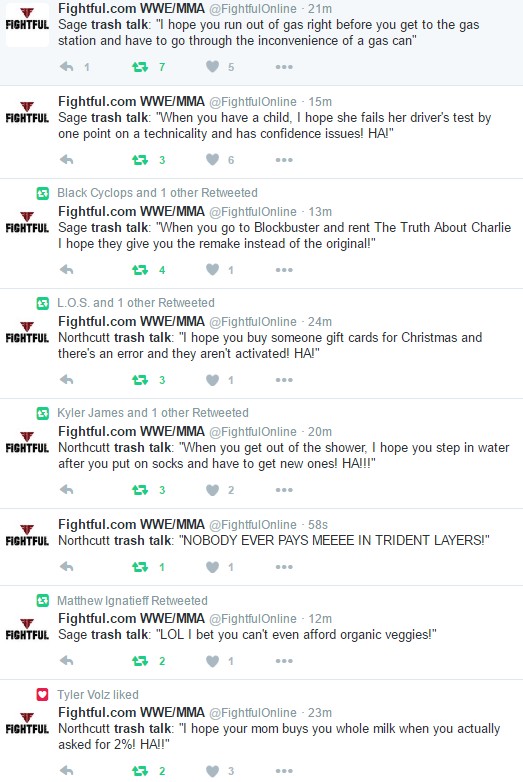 Gall, after submitting the trash talking Northcutt, made his next call-out to a legendary fighter in Dan Hardy, who is planning on an MMA return next year.

“I did some Googling, and he said he wants to come back, and he wants a marquee fight,” Gall said. “I think he would look at me and say that’s a nice fight for me. Hopefully, he’ll take that bait. But for real, I’m a big fan of his, and it would be an honor to fight him. Big names make nice trophies. I’m tossing out a Hail Mary, like I did with CM Punk. If it doesn’t happen, that’s OK. I’d love to see him come back. I’d definitely like to see him fight me.”

As for Hardy, he hasn’t competed since defeating Amir Sadollah at a 2012 UFC On Fuel TV event, he can be seen right now doing color commentary for UFC Fight Pass exclusive events.