According To The WWE Rule Book, Guess Who Should Get The WWE Title Shot If Randy Orton Doesn't Want It

So as you can see above, Randy Orton has rescinded his right as the Royal Rumble Winner to face the WWE Champion at WrestleMania, as long as the champion is his "master," Bray Wyatt.

Daniel Bryan has announced that there will be a Battle Royal next Tuesday to determine a new #1 Contender for the WWE Championship, but according to the WWE Rule Book we already know who it should be. 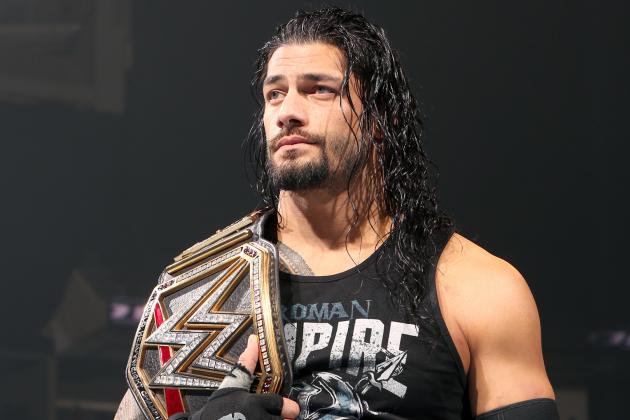 What? You were expecting maybe Cesaro?

Allow me to explain (courtesy of Wrestling Inc):

When Vince McMahon won the Royal Rumble in 1999 by last eliminating his nemesis Stone Cold Steve Austin, he became #1 Contender to the WWE Heavyweight Championship, then held by his underling and fellow Corporation stable mate, The Rock.

The following night on Raw, Vince announced that he had signed documents relinquishing all rights to the Title Match at Mania, and would personally appoint a new #1 Contender for The Rock's Title.

Just then Stone Cold appeared on the TitanTron, along with then-Commissioner Shawn Michaels, and said that he was going to WrestleMania.

"You mean you're going to buy a ticket?" said Vince in a joke that wasn't funny then and isn't funny now almost two decades later.

Nope, Austin said, I'm going to WrestleMania to face the Rock for the Title.

Shawn Michaels explained that according to the WWE Rule Book, "if the winner of The Royal Rumble is either unable or unwilling to go to WrestleMania to fight the champion, then the runner-up gets all rights and privileges."

In the case of 1999, that was Stone Cold Steve Austin.

Because of course it is.

Now, there's no reason to panic.

We were still back in the WWF back then, and this is the WWE now, so it's possible they may have made a rule change along the way somewhere, and also, obviously, Roman Reigns is on Raw and the WWE Championship is exclusive to SmackDown so ...

THIS JUST BECAME AN EPISODE OF

The semi-regular column that dares to ask the tough questions
and find the ludicrous answers.

I can't believe I didn't see it before.

A week ago, Vince was on a conference call for the Q4 Shareholder Report, and when discussing the brand split, he talked about the potential for major shake-ups when superstars switch from Raw to SmackDown.

Then he said this:

He's been planning this whole thing all along.

Roman Reigns is going to jump to SmackDown
and become the new WWE Champion.

And we were all too blind to see it coming.

Roman Reigns, you sly son of a bitch.

The Dots Are There.

We Just Have To Connect Them.