It turns out that the former Alberto Del Rio had a pretty good reason for missing a weekend booking.

Del Rio, now known as Alberto El Patron, no-showed Sunday's AAA Heroes Inmortales event in Mexico, prompting a scathing response from AAA. El Patron took to Instagram Monday night to inform the public that he was stabbed repeatedly before he could make his flight to the event.

Del Rio released a statement on the incident:

"Mr. Rodriguez shortly after eating a meal before his flight was assaulted by a criminal with a knife outside the restaurant. Mr. Rodriguez suffered multiple lacerations on his arm and other parts of his body defending against the criminal as police were called by witnesses. Mr. Rodriguez received medical attention and went back to the police department, and was unable to make his flight. Mr. Rodriguez has spoken with the ownership of Lucha Libre AAA Worldwide and given them documentation of the incident. Mr. Rodriguez greatly regrets not being there yesterday for his fans in Mexico, and promises everyone he will make this up as soon as possible. Despite the graphic lacerations, Mr. Rodriguez will not miss any of his shows for the remainder of the year and is ready to compete this weekend in the UK."

In an unusual coincidence, WWE agent Jamie Noble was also stabbed last week. Del Rio posted a photo of his lacerations, which you can see below. 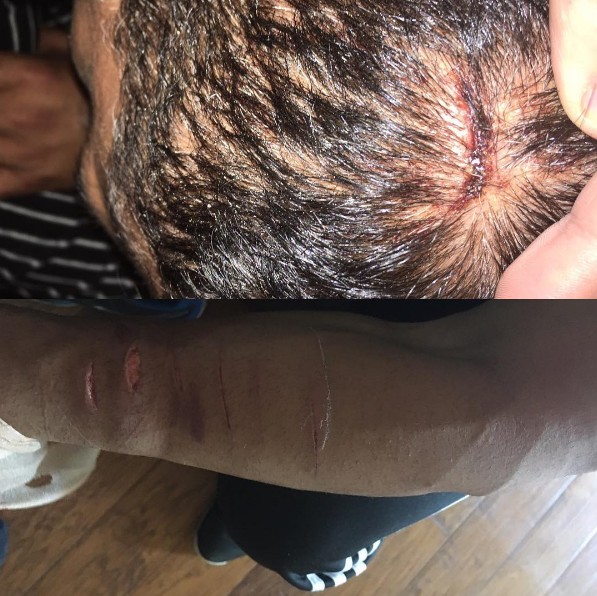