Since the altercation with Paige at Orlando International Airport five days ago, and in light of the audio evidence that has come out Alberto El Patron has already suffered professionally, being suspended indefinitely by GFW, where he is currently their Unified Heavyweight Champion.

Now, a second blow has been delivered, as he has been removed from a booking on July 21 and 22 with Scottish independent promotion Pro Wrestling Elite, and replaced by WWE UK Champion Pete Dunne.

Buddy Matthews Says He Needs To 'Go Away For A While'

Here is the full statement from PWE, which can be found on their Facebook page:

Very recently a situation has come to light publicly, and it has sparked a considerable number of messages regarding our events for next weekend. In the near 6 years we have been promoting events in Ayr, we have always prided ourselves on two main things... Bringing you the very best wrestling talent and events we can, and being open and honest with our fans. With that said, given the nature of the situation and the concern some of you have expressed, here's what we can tell you.

Some time ago, we reached out to Alberto El Patron (formerly Alberto Del Rio) about being a part of our events next Friday and Saturday the 21st and 22nd of July. Somewhere between that time and now, certain facts were presented to us from various reliable sources about Alberto. While we will not divulge any of this information (despite some of it now being in the public eye) it quickly became clear to us that pursuing the agreement with Alberto would be wrong on several grounds. Simply put, we no longer wanted him as part of our shows.

Shortly following this decision, we secured a more than suitable replacement in WWE UK Champion Pete Dunne. While we have done our best to make this known, we are aware that some marketing materials (posters / flyers) are still in circulation. A combination of time frame in getting new materials and financial implications meant that we relied on social media and our great sponsors at the Ayrshire Post to put word out that the card had been changed. Obviously now the further information which has now become public is a little more delicate and has prompted concern from enough people that we feel the need to respond and explain as best we can.

So, for clarity... Alberto El Patron was booked and confirmed for our events. Following receipt of information from various sources regarding several situations, we made a very conscious, professional and moral decision to cancel him. We quickly secured a replacement in Pete Dunne. Both shows are fully ready to go, just without Alberto.

We hope this clears up any confusion and we really hope that you will come along and support our great roster over the 2 nights and of course welcome the current WWE UK Champion to Ayr in what is truly a momentous occasion.

We thank you for your patience, and of course your on going support, and hope to see you next weekend! 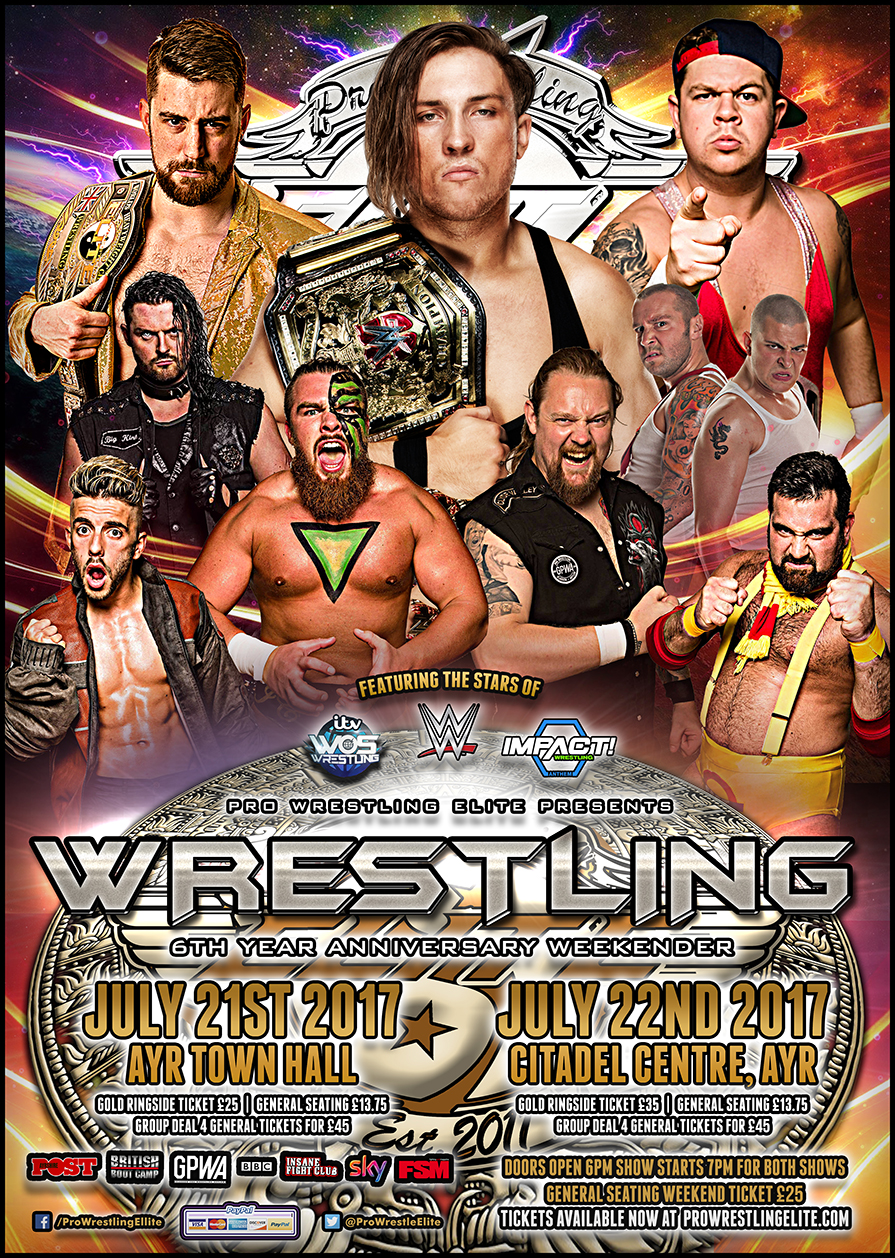