A huge Ebay snafu has left dozens of fans angry.

Late last week, several WWE replica championships on WWE's official eBay were listed at $40 -- a price significantly less than even WWE has to pay to have the title belts produced for themselves. In short order, the replica titles were all sold out.

eBay would issue an email to customers who ordered the items, which said the following:

Please be advised that your recent eBay order was cancelled due to a price listing error that was made and fixed immediately after WWE was made aware of the mistake. Per eBay's Terms and Conditions, a seller "can cancel a transaction up to 30 days after the sale even if (the) buyer has already paid for the item."

We apologize for this error. You will be refunded for your purchase according to eBay's cancellation policy. In addition, for your inconvenience, we would like to offer you 20% off your next order before May 1, 2018. In order to redeem this offer, please complete your purchase and then email (WWE) with your purchase order particulars. As soon as we verify that you are eligible for the 20% off, we will issue a credit to your PayPal account for that amount.

Again, we apologize for any inconvenience and sincerely hope that you will remain a loyal fan and customer of WWE.

Those that Fightful spoke to who ordered bought the items almost expecting it to happen, but took a flyer anyway. After the cancellations, WWE's eBay page was flooded with negative feedback, eventually removed. 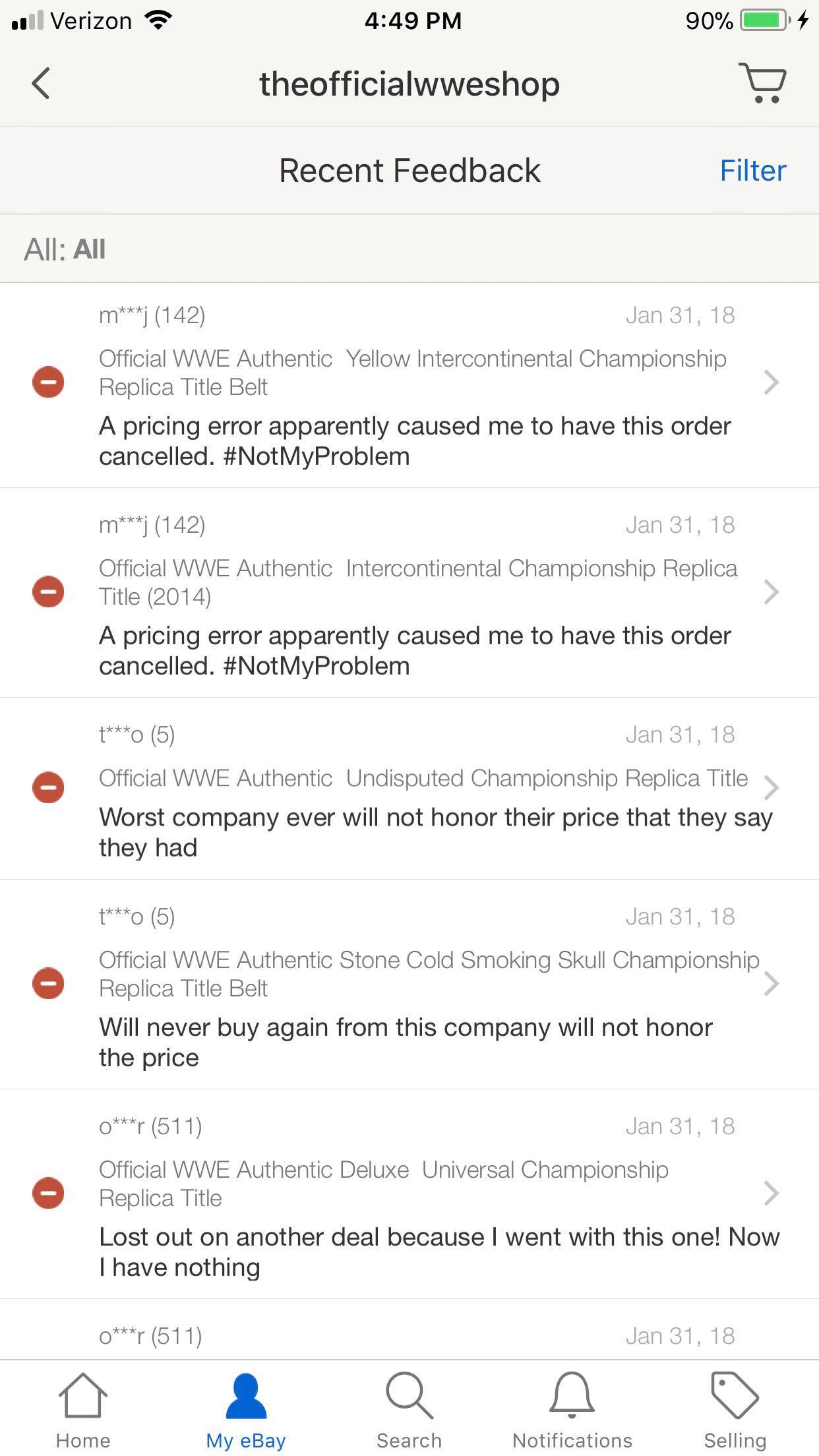 WWE wouldn't officially comment on the matter, but did tell us that as the eBay feedback portion of the website is handled by eBay themselves, who likely removed the negative feedback due to the glitch.

We were unable to get an answer from either WWE or eBay in regards to who was at fault for the error.