There are two Women's Division matches from the Raw brand on the Royal Ryumble PPV this Sunday. It was only a matter of time before some of the women on SmackDown Live were added to the mix.

Did we say "some"? Because we meant "practically all." 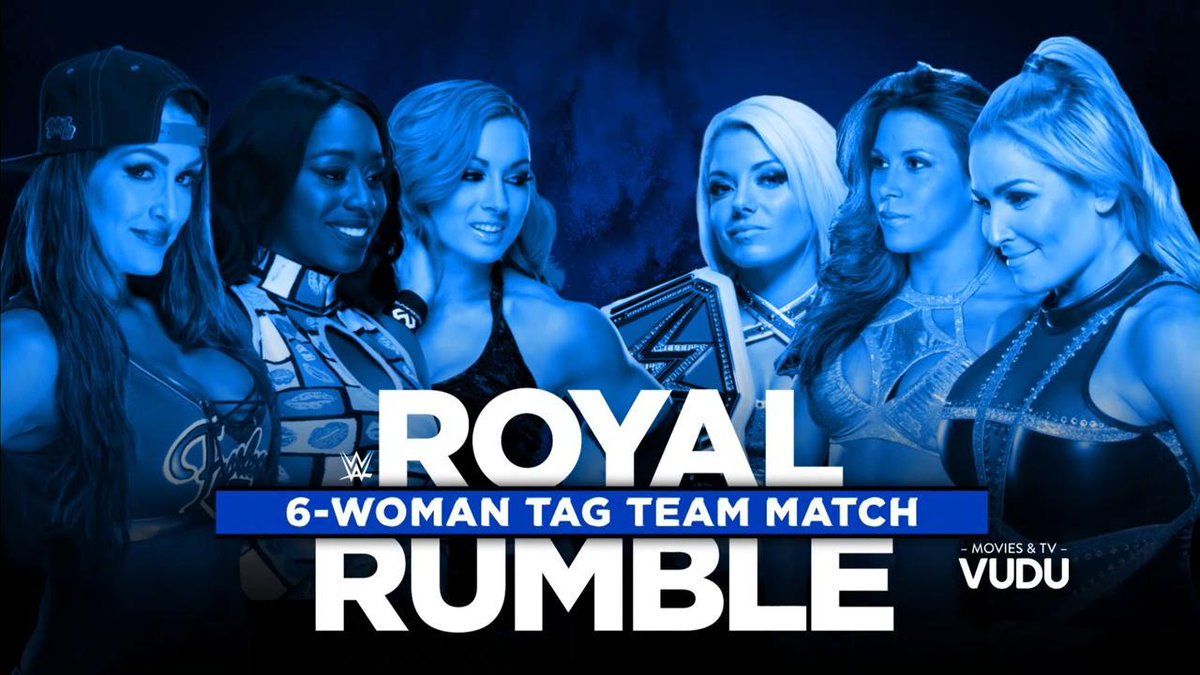 A Six-Woman Tag Match was announced on SmackDown tonight and added to the card for the Rumble Sunday--SmackDown Champion Alexa Bliss, Mickie James & Natalya vs Becky Lynch, Nikki Bella & Naomi.

Carmella is the only member of the SDLive Women's Division not involved in the match, but her storyline relationship with James Ellsworth took a turn tonight as she took him shopping and dressed him like the male version of herself, complete with shiny gold shirt and hat.

On the Raw side of Women's matches at the Rumble in San Antonio, Charlotte is defending the Raw Women's Championship against Bayley and Sasha Banks is facing the woman who's been tormenting her for the past month, Nia Jax, on the Kickoff Show.