Christian says he was pranked with a Lenny Lane call.

On E&C's Pod of Awesomeness, a listener sent in a question about Edge and Christian's memories of great practical jokes they saw while in wrestling. Christian shared a couple stories including when he received a strange phone call from a former WCW Cruiserweight Champion.

"When I was out with an injury one time, I got this call from...it was 'a celebrity is calling dot com' or something."

Popular in the late-90s, there were several services where people could pay to have a celebrity call a friend or family member and wish them a Happy Birthday or send them Get Well wishes.

"It says 'Hey this is Lenny Lane from WCW fame. Is this (Christian)?' I never met him before and I'm like 'Yeah, that's me. What's up man, how did you get this number?' And he's like 'Hey man, I just wanted to call, heard you're under the weather and you have a sore back'," said Christian.

(Editior's Note: In case you don't remember, this is Lenny Lane:) 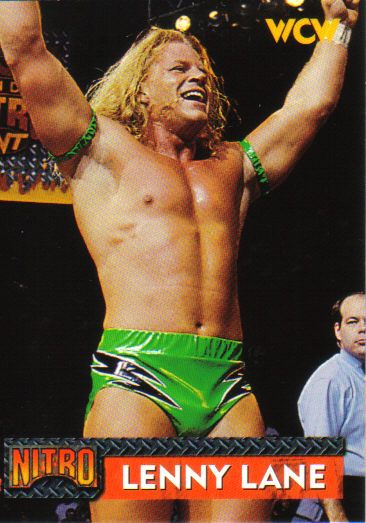 Immediately following the call, Christian tried to figure out who was messing with him. But by the time he returned from injury, he still had no idea.

"I was like 'Who do I know that's in WCW. So I called Raven and I asked Raven. He had no clue," said Christian. "I was off about four months with a little bit of back injury. So when I came back, I was in the locker room on my first day back. Jericho looks to me and says 'Hey, did you get any interesting calls while you were off?' And I looked at him and said 'You mother f'er,'" he added.

According to Christian, Chris Jericho's reason for sending him the call was because Jericho could not believe Lenny Lane was on the list on the website. Christian says Jericho paid twenty dollars for the call.

At the time of this story, Christian and Jericho were in WWE. Lane was still in WCW but left WCW before the buy-out by WWE. Jericho wrestled in the WCW Cruiserweight division with Lane during the mid-nineties.

Also during the podcast, Christian talked about a joke he played on Jericho where he convinced him he had a stalker named "Gertie." He utilized a text-to-speech phone service and pretended to be an obsessed Fozzy fan who was hearing impaired.

E&C's Pod of Awesomeness is available on ITunes and Stitcher.