Curt Hawkins Thanks Raw Roster For "Honoring Him"

The 32-year old returned to WWE last year after a three year absense. During that period he competed for GFW, TNA, PWG and several other promotions where he'd capture the TNA Tag Team Championships to compliment his former WWE Tag Title reign. This past Monday during the Intercontinental Title Contender battle royal, the Raw roster collectively hoisted up Hawkins on their shoulders, where apparently his memory ended.

I'd like to thank all the @WWE Superstars that honored me last night. This business is all about earning the respect of your peers. #RAW pic.twitter.com/TXmfLeXaJT

While Hawkins' honor is impressive, lets take a look back at a few others who have experienced the same great tradition.

First, of course, is a young Randy Orton. He was celebrated by longtime friends Randy Orton and Triple H after a successful World Heavyweight Championship defense in 2004. 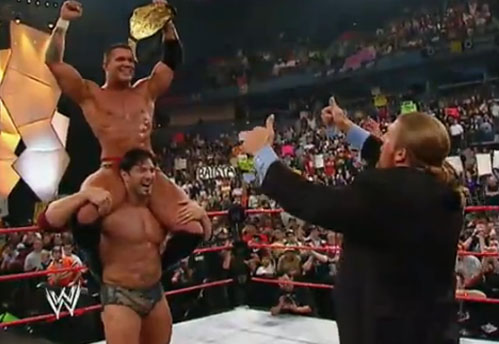 There was also the incredible respect shown to Muhammad Hassan. The unity in which was projected as whites, blacks, latios, Americans, Canadians, Christians all joined together to celebrate a scripted Muslim. Curt can now join those ranks. 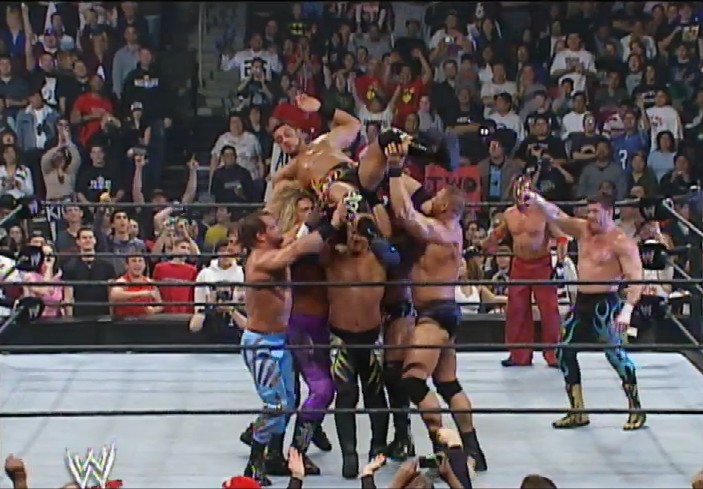