Lyons And Stark Aim For The Gold, Down Goes Williams, Diamond Mine In The Rough | NXT Fight Size

TNA's "Final Deletion" featuring Matt and Jeff Hardy may have very well revolutionized wrestling -- that remains to be seen. However, they've already inspired the WWE, as seen on Monday Night Raw when The New Day fought The Wyatt Family at The Wyatt Family compound.

An employee within WWE told Fightful.com this weekend that while the segment was certainly inspired by "The Final Deletion," they didn't want to portray it as a straight rip-off. As Fightful.com reported earlier today, "The Final Deletion" was a big hit among the WWE locker room, with a private screening being shown during their Japanese tour. However, the producers of the Wyatt Compound segment hoped to provide a more "horror" feel as opposed to the sometimes campy direction TNA took.

The segment was met with criticism due to the simiarities to "The Final Deletion," but was somewhat noteworthy. We have have caught our first glimpse at the fabled Sister Abigail, as a woman in a white dress wearing a sheep mask appeared to welcome The New Day to the compound, all while holding the signature Wyatt Family lantern.

You can see a photo of the possible "Sister Abigail" below. 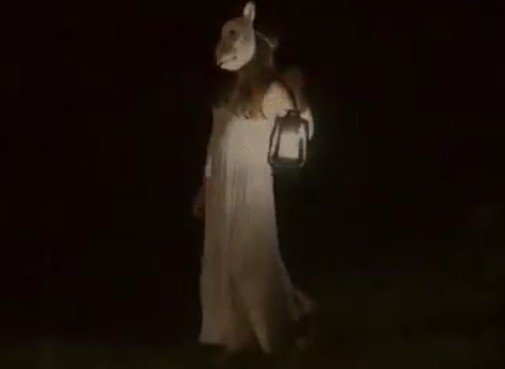