Exclusive: "Manly Or Not Manly" With Silas Young

Silas Young made a splash in Ring of Honor as "The Last Real Man," but the past year has seen him explode, with victories over Jay Lethal, Bobby Fish, KUSHIDA, Jushin Thunder Liger, Mark Briscoe, and others. Young had a storied rivalry with Dalton Castle before challenging for three separate championships in ROH, as well. This Friday at Ring of Honor's Best in the World PPV, Young will face former ROH Champion Jay Lethal. Fightful.com will have full coverage of the show, but ahead of it, I spoke to Young for a "Manly or Not Manly" segment, as well as a full interview, which releases tomorrow.

"Definitely not manly. Those are something women do. Any guy who gets a pedicure or manicure should be embarrassed to admit that he does it."

So Silas young has never had a manicure?

Partying the night before a match.

"Manly. Very manly. The Beer City Bruiser and myself definitely like to have some beverages and get into a little bit of trouble, whether it's the night before or the night of the show. It doesn't matter. We're partying every night."

Checking your own Wikipedia page.

"WHAT'S WIKIPEDIA?! Yeah, I know what Wikipedia is. Checking your own wikipedia page, tweeting about other guys, talking about how great you are. Not manly. Very pathetic and disgusting."

"If you got long hair and gotta keep it up, that's one thing. If you have some short little thing here in the back and you pull it back to look like a man or look cool. You don't look like a man. You look like a CHUMP."

"Not manly. Enough said. Give your girlfriend her pants back."

"It must be nice to get paid a lot of money to do a couple games here and there and have a few months off, but in professional wrestling we don't have an offseason. If we get a little hurt or we roll our ankle during our match, we keep going because the show must go on. Not like these NBA athletes who stub their toe and have the next six weeks off."

"Colonge is alright, unless you're one of these people that doesn't shower and just uses it to cover up the stink of you. Go take a shower, you pathetic piece of crap."

Fightful.com will have full live coverage and discussion of Ring of Honor Best in the World, which you can purchase at ROHWrestling.com, and the FITE App. 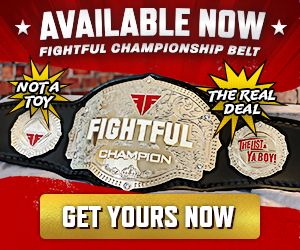