Here's your Fight Size wrestling Update for the morning of August 3rd, 2018.

- This past Tuesday on SmackDown Live, Lana and Zelina Vega went one-on-one in singles action and during the match as the two competitors were taunting one another, Lana decided to pull out a "spinaroonie" which earned the approval of WWE Hall Of Famer Booker T.

- Collegiate athlete at Appalachian State University Denzel Dejournette has decided to turn pro and he has been selected to be a part of WWE's latest Performance Center Class. Denzel was interviewed by his college's hometown newspaper the 'Morganton' about his latest accomplishment.

- Here is the official logo for the NXT TakeOver: Brooklyn IV PPV for August 18th. 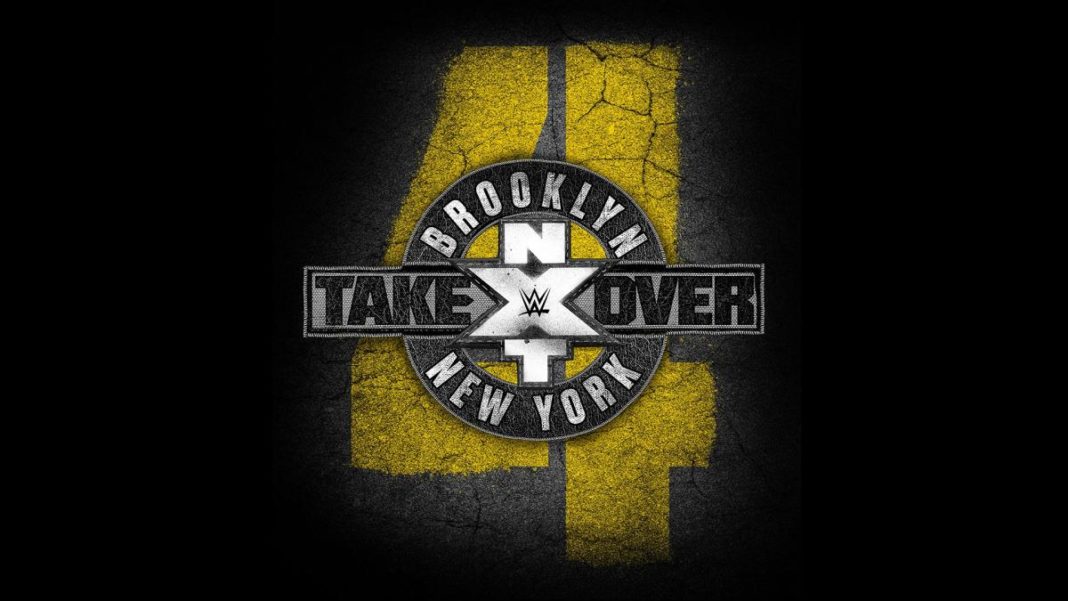 - The Big Show was interviewed by Charly Caruso backstage at a WWE event and the big man shared his thoughts on the announcement of WWE's first-ever all-women's PPV 'Evolution'.

- Two-time WWE Hall Of Famer Ric Flair has now partnered up with 'TickPick' for a new endorsement deal.

- Today's episode of 'Something To Wrestle With Bruce Prichard' and Conrad Thompson will be based on the 1997 SummerSlam PPV which closed with a WWF World Heavyweight Championship match between The Undertaker and Bret Hart with Shawn Michaels as the special guest referee.

- Below is a video from WWE's YouTube channel which will be uploaded on to their "Hidden Gems" section on the WWE Network that shows Stone Cold Steve Austin delivering a "Stunner" in OVW.

- WWE's Make-A-Wish program continued to make days recently as a young man named Tyler had the opportunity to be interviewed by Cathy Kelley, given a WWE Championship belt by Triple H, and Tyler's entire family was gifted tickets to this year's Survivor Series PPV in Los Angeles, CA.

Tyler from #MakeAWish gets a reception worthy of @WWEDanielBryan during his tour of @WWE Headquarters. pic.twitter.com/bKgYuerO7r

Like any true WWE Champion, Tyler from @MakeAWishCT hits the set of #WWENow for an exclusive interview with @catherinekelley during his @WWE HQ tour! #MakeAWish pic.twitter.com/Qq1VACgwrO

.@StephMcMahon and @TripleH just surprised Tyler with #SurvivorSeries tickets for him and his family. Congratulations, Tyler, and thank you for visiting us today at @WWE Headquarters! #MakeAWish pic.twitter.com/XuFSdfMtyQ

With his new @WWE Championship, Tyler got THE PHOTO with @TripleH to cap off his day at @WWE Headquarters. #MakeAWish pic.twitter.com/pj398QgZ2e