Here is your Fight Size update for the afternoon of Oct. 15.

-A new video from Pro Wrestling Unlimited looks at The Elite announcing their final Bullet Club style shirts. You can view the video above.

-Elias joined a local morning show in Philadelphia to deliver the weather. 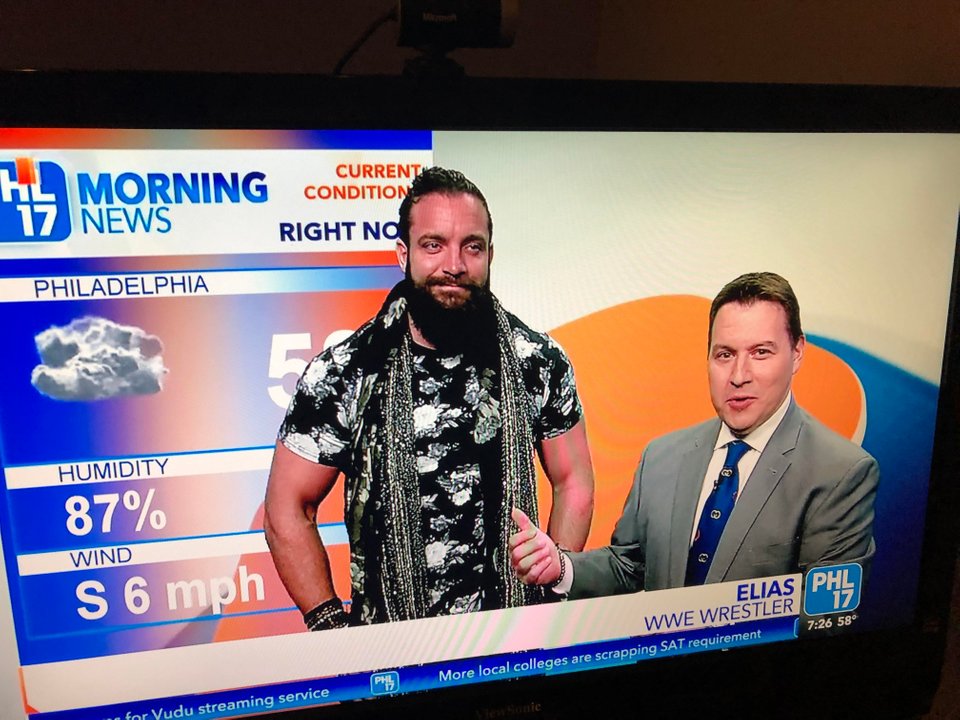 -Tammy Sytch aka Sunny announced her comeback/retirement tour. The WWE Hall of Famer was paroled from Pennyslvania's Carbon County Correctional Facility on Oct. 10.

Join me & long time dear close personal friend Jerry Lynn as we take you inside ECW and find out just how CRAZY life was at the corner of Swanson & Ritter! Wish our host @MikeFreland luck as he tries to keep some semblance of order. Believe me, this is “Front Row Material”!!

-WWE filed for the trademark "Lightning Fist," which is the name of John Cena's Sixth Move of Doom that he debuted at WWE Super Show-Down.

-In light of recent news that Don Callis might be done with NJPW as a color commentator, Chris Jericho took to Twitter to support his long-time friend. Callis' commitments to IMPACT Wrestling limit how often he can go to Japan for NJPW events. Lanny Poffo is scheduled to audition for the color commentary job.

Not using @CyrusOverHuge over huge for ANY AND ALL commentary is a big mistake and just plain stupid. @njpw1972 https://t.co/uJBzsCnVJK

-WWE released the full episode of Music Power 10 on their YouTube page.