Here's your Fight Size wrestling Update for the morning of May 28th, 2018.

- Former WWE 'Tough Enough' winner Matt Cappotelli has been fighting a brain tumor since it returned during the summer of 2017. Matt Cappotelli's wife, Lindsay, shared a heartbreaking post onto her personal blog providing an update on Matt and she noted that things were not going well and along with the rest of their family they came to the conclusion to discontinue the cancer treatment that Matt was receiving. A crowdfunding campaign has been set up by the Cappotelli family to raise money for other treatment options for their beloved former OVW Heavyweight Champion. To view or donate to the GoFundMe, click here.

- Current IMPACT World Champion Austin Aries recently shared his horrible airport experience onto his social media pages. Aries sent out a message to his Twitter account sarcastically apologizing to Delta which is the airline he normally travels on for "cheating" on them. To hear from "The Greatest Man That Ever Lived" himself, head over to his Instagram page and view his Instagram story to hear about the experience he had with 'Air Canada'.

And thanks to @AirCanada ‘s horrible service in Montreal I’ll be spending my day at the airport. Easily the worst airline experience I’ve dealt with. ”Supervisior” Ana Maria gets an earned special mention for her arrogant attitude. @Delta, I’ve learned my lesson, sorry I cheated.

- Enzo Amore has been teasing that he will be making an announcement tonight at 9 P.M. and ahead of doing so the former WWE star shared a photo of his new ink. 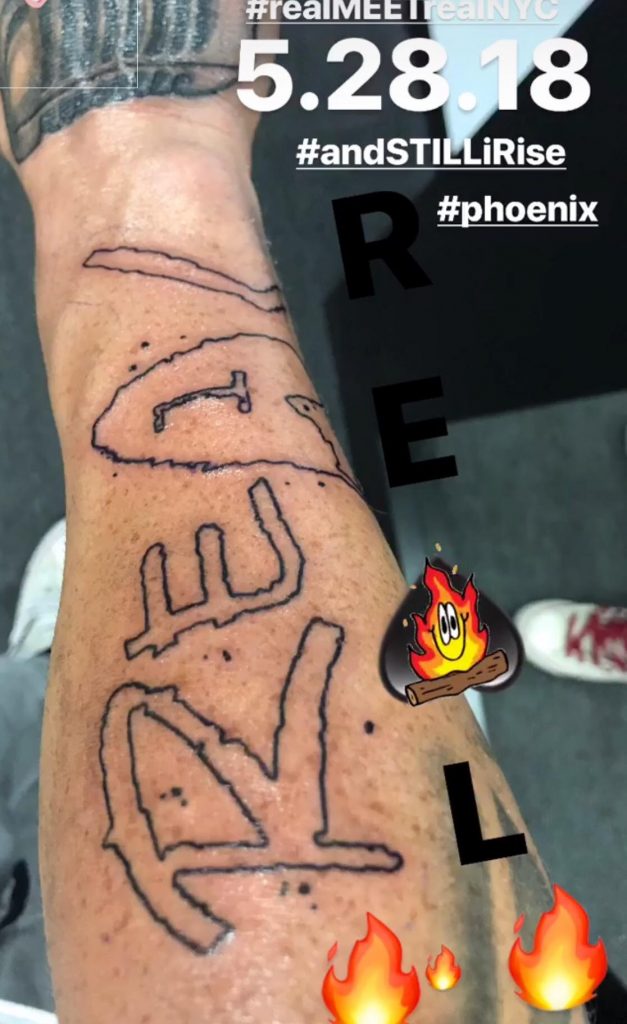 - There is an article published on ESPN.com by writer Tim Fiorvanti in which he was very critical of "Rowdy" Ronda Rousey and her post-WrestleMania run thus far in WWE.

- Alicia Atout, who is an interviewer for 'A Music Blog? Yea!' shared on social media that she will be the backstage interviewer for the next set of IMPACT Wrestling tapings.

NEWS! I'm so excited to share that I'm working the upcoming @IMPACTWRESTLING TV tapings this weekend as their backstage host!

These shows will be seen in over 120 countries. This is an incredible opportunity and I can't wait to do more work with this company! -- #BCW #Destiny pic.twitter.com/RcSMmXfDxz

One-half of the current RAW Tag Team Champions Matt Hardy had to pass on some knowledge to the young 'King Maxel' about how to deal with Scott Dawson & Dash Wilder of The Revival. During a WWE Live event in Hampton, VA Scott Dawson made his way to the side of the ring that the wife of Matt Hardy, Reby, and their kids were sitting to give the young Maxel a piece of his mind but Maxel was not one to back down from the former NXT Tag Team Champion.

- The current WWE Intercontinental Champion Seth Rollins has turned 32-years old today and on his birthday he will be defending his title tonight on RAW against "The Modern-Day Maharajah" Jinder Mahal.