Here's your Fight Size wrestling Update for the evening of January 1st, 2019.

- Elijah Burke's 'Love-Alive' charity is teaming up with Teddy Long's 'Fighting Evolution Wrestling' to run a show on January 12th in Jacksonville, FL. 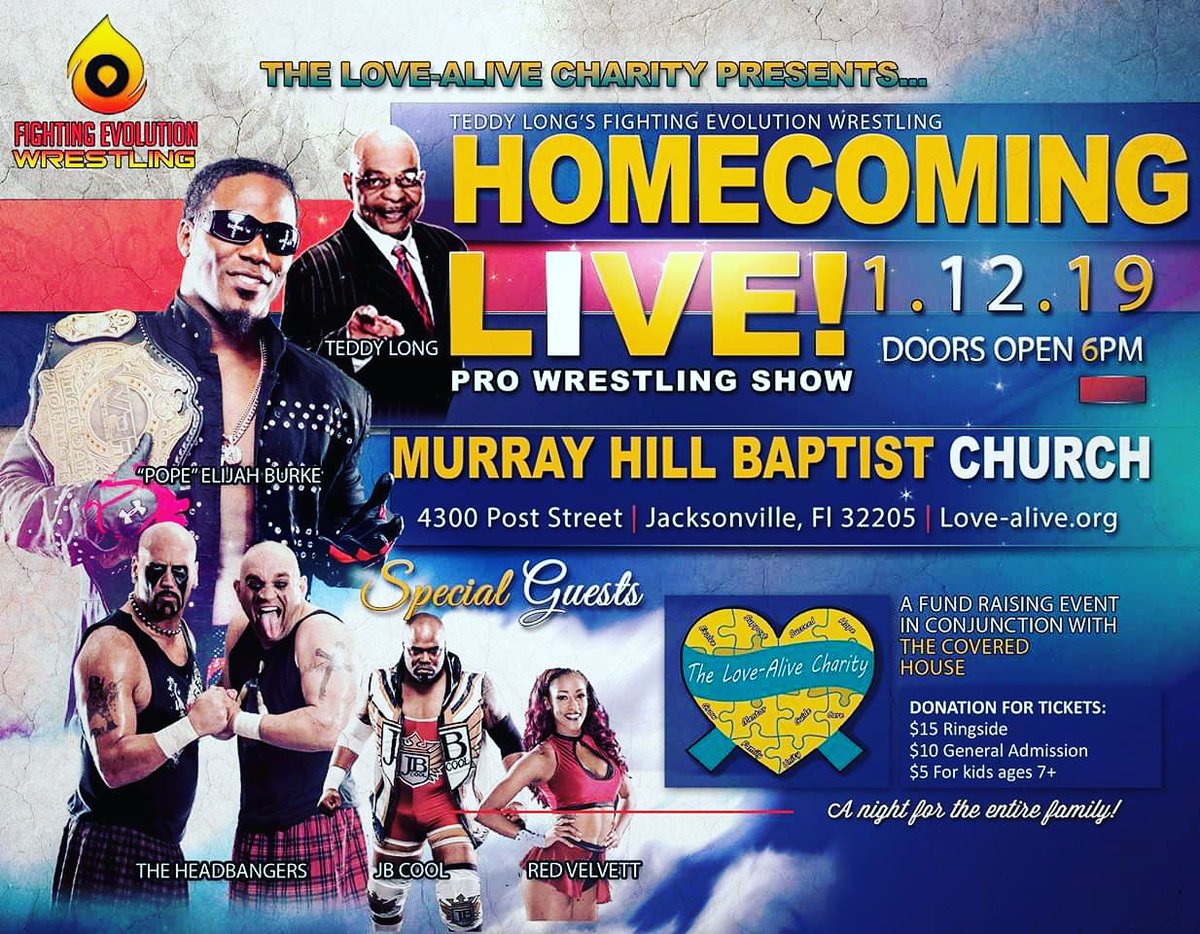 - There are NXT TV tapings on Thursday at Full Sail University. Those are the final tapings heading into NXT TakeOver: Phoenix on January 26th.

- UFC Hall Of Famer Ken Shamrock is wrestling in the United States for the first time in nine years on February 1st.

- Pro Wrestling Sheet's Ryan Satin sent out a few notes he's heard from his sources about the 'All Elite Wrestling' promotion.

I also know of some popular WWE wrestlers watching what happens with All Elite Wrestling very closely, as they’re unhappy creatively and looking for a change of scenery.

- Carmella posted a photo of herself bringing in the New Year.