Here's your Fight Size wrestling Update for the morning of September 1st, 2018.

- Sami Zayn who is currently rehabbing after undergoing two shoulder surgeries in the span of three months recently offered a name who he thinks should be in the WWE Hall Of Fame. Zayn noted on Twitter that singer, songwriter and LGTBQ rights activist Cyndi Lauper should be inducted into the celebrity wing of the WWE Hall Of Fame. Lauper has been featured on WWE programming multiple times in the past and Zayn and Lance Storm's tweets caught her attention and she responded with the following:

Report: No Plans To Have NXT Title Or NXT Women's Title Defended At WWE WrestleMania

I only today realized that @CyndiLauper is not in the @WWE Hall of Fame celebrity wing.

As part of the "rock n' wrestling connection" with MTV in the 80's, she was CRUCIAL to WWE crossing over into mainstream. Arguably no celebrity more deserving.#InductCyndi

Not that I remember.

- The once real-life rivals Hulk Hogan and Brutus "The Barber" Beefcake hung out recently.

Great hanging out with Brutus again, good to see that “all is well” my brother. HH pic.twitter.com/DDTuDF2yO2

- Maria Kanellis shared a video onto her Instagram page of her husband Mike Kanellis working out and the caption of the video read, "Somebody should be making money off this guy".

- Paul Heyman responded to the NFL's Tampa Bay Buccaneers for using his "Eat, Sleep..."  catchphrase on one of their t-shirts.

Retweet for a chance to win this exclusive "Eat. Sleep. Bucs. Repeat." t-shirt!

It's nice to know that almost 5 years since I said #EatSleepConquerRepeat as the mantra for @BrockLesnar on @WWE #RAW, major companies and teams like the @Buccaneers are still "borrowing" (blatantly stealing) the catchphrase. Send us our royalties, please! https://t.co/99LhF2SvBh

- The Young Bucks posted a photo on Twitter of themselves and "Big Poppa Pump" Scott Steiner.

- During the most recent NXT TV tapings, the new NXT Women's Champion Kairi Sane walked down the aisle with the title draped on her arm and while tossing "treasure" at the Full Sail faithful, she accidently sent the NXT Women's Championship flying as well. 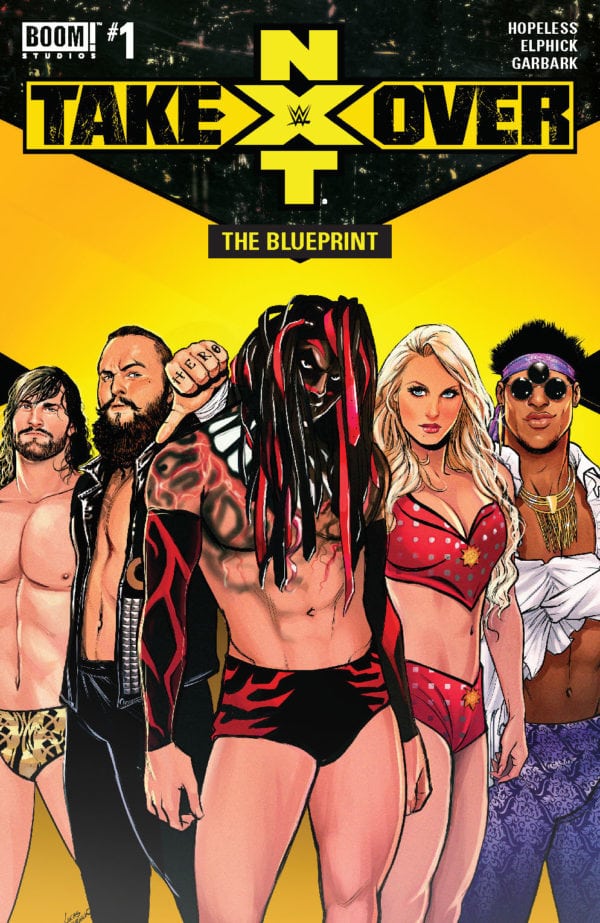 - WWE uploaded a video to their YouTube channel of the top five most random superstar returns.