Here's your Fight Size wrestling Update for the morning of July 19th, 2018. 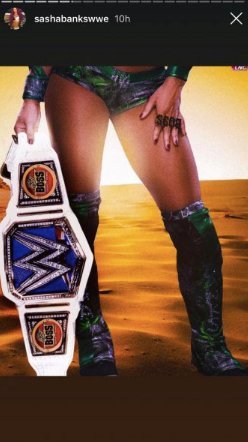 - The Miz and Maryse have been making the rounds on the interview circuit promoting their 'Miz & Mrs.' TV show which debuts on the USA Network next Tuesday. The couple have recently spoken with PEOPLE.com and 'Cheddar'.

- Titus O'Neil shared his thoughts on the meeting that was held between the WWE talent roster and WWE Hall Of Famer Hulk Hogan at 'Extreme Rules'.

- A video has made the rounds by way of a fan in attendance at this past Monday's RAW who filmed Paul Heyman's reaction to Roman Reigns making his way down to the ring to insert himself in the WWE Universal Title picture.

- WWE is teaming up with the rock-band O.A.R. to raise funds for Connors Cure.

- Current MLW commentator Tony Schiavone responded to a question on Twitter of why is he the only one of three individuals who has a podcast with Conrad Thompson (Bruce Prichard & Eric Bischoff) that has not been featured on the WWE Network. Schiavone swiftly responded with the following:

So @tonyschiavone24 is the only one of @HeyHeyItsConrad 's boys who hasn't been invited on the @WWENetwork now? Where is the love!

Probably because they know they can kiss my fat ass. https://t.co/1PqfrQBnQn