Here's your Fight Size wrestling Update for the morning of December 31st, 2018.

- "The Architect" Seth Rollins announced via Instagram that he is partnering with '392 Caffe' to open a coffee shop in downtown Davenport, Iowa.

- Flamita has been pulled from PWG's 'Hand Of Doom' show on January 18th due to injury. Filling in for him will be Laredo Kid who will now be teaming with Rey Horus to take on the current IMPACT World Tag Team Champions LAX.

- Carmella shared a photo of herself and R-Truth preparing for their vacation to Stamford with blindfolds on which relates back to the hit-Netflix movie 'Bird Box'.

Mentally preparing for our “vacation” to Stamford like.... #birdbox

- Tye Dillinger joked about rarely being seen as was in the same photo alongside mythical beasts such as Big Foot, the Loch Ness Monster and the Jersey Devil.

- JTG was in attendance at UFC 232 this past Saturday and ran into WWE Hall Of Famer Mick Foley who was also at the show in support of the former UFC Women's Featherweight Champion Cris Cyborg.

- Dwayne "The Rock" Johnson purchased a new home for his mother for Christmas.

This one felt good. Surprise! Bought my mom a new home for Christmas. All our lives growing up we lived in little apartments all across the country. Lived like gypsies on the road from one state to another. The first home my parents ever lived in was the one I bought for them in 1999. They divorced about 5yrs later and as with life, stuff happens and things got a little complicated. Since then I always made sure my mom and dad have everything they’ll ever need - houses, cars etc. But the house this time is a special one and the timing is very meaningful. I told her to treat this card like it’s “Willy Wonka’s Golden Ticket” because she gets to choose any home she wants - anywhere she wants. I always say, if you got a good mama, then you gotta pretty good shot at becoming a decent human being. And somehow, somewhere along the line I became one lucky SOB to be able to make stuff like this happen. Merry Christmas Ma and WOOOHOOO enjoy your new home. Dwanta ----

- Former WWE Universal Champion Kevin Owens appears to be sporting some new ink in the picture of him that was posted onto his wife's Instagram story. 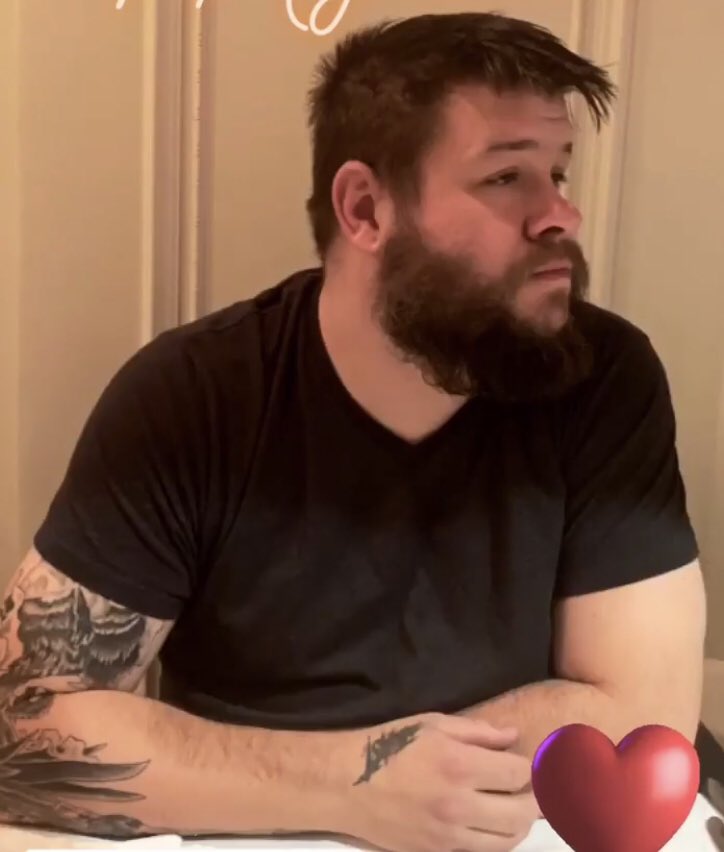