Fight Size Update: Two Names Set For The WWE Tryouts In July, Nikki Bella Explains The Photo Of Herself With Another Man, IMPACT-Kurt Angle, More

- According to Casey Michael of Squared Circle Sirens there will be WWE tryouts held at the Performance Center next month. There are two names currently known who will be partaking in the tryouts and those two individuals are: 'Dorin Dickerson' who is a former Tight End for the Buffalo Bills, and Duke University All-American Jacob Kasper. Kasper was personally recruited by Gerald Brisco who stated that Kasper reminded him of a young John Cena.

- Next Monday's RAW will be live from the 'Toyota Center' in Houston, TX and there are four story points being focused on in the official preview of the show. One of which being that Finn Balor & Kevin Owens will compete in singles action heading into 'Money In The Bank'. Natalya will be stepping up to the RAW Women's Champion Nia Jax on behalf of her good friend Ronda Rousey, a Bobby Roode versus Braun Strowman match has been made official for the show, and the website is teasing the next challengers to Bray Wyatt & Matt Hardy's RAW Tag Team Titles. Below is the official synopsis for the show by way of WWE.com:

- The Chief Brand Officer of WWE Stephanie McMahon was recently featured on a WWE-themed episode of 'Undercover Boss'.

Watch as @StephMcMahon takes on a new role during @undercover_cbs when the episode airs Friday, June 15, at 8/7 C on CBS! #CelebrityBoss pic.twitter.com/0T4nHId6ZH

.@StephMcMahon will be taking on a new role during @undercover_cbs! Watch her journey when it airs Friday, June 15, at 8/7 C on CBS! #CelebrityBoss https://t.co/RUDgpnN6KJ pic.twitter.com/fdAenV67VV

- A new collection is heading to the WWE Network which will be based on the career of The Godfather.

I guess Nick Salchow left WWE about a month ago. He lasted about 5 months. -- pic.twitter.com/NDeqNBUjO1

- Photos surfaced of the former two-time WWE Divas Champion Nikki Bella as she was photographed with an individual on the balcony of a building and the photo made the rounds on social media which caused speculation from the public seeing as how news broke recently that she and John Cena were working things out in their relationship. Nikki Bella then told TMZ when they asked about the photos that the man in the picture was a bartender who was brought in to serve drinks to the 'Total Divas' cast and she brought him out to the balcony to do some "fake flirting" to taunt the paparazzi. 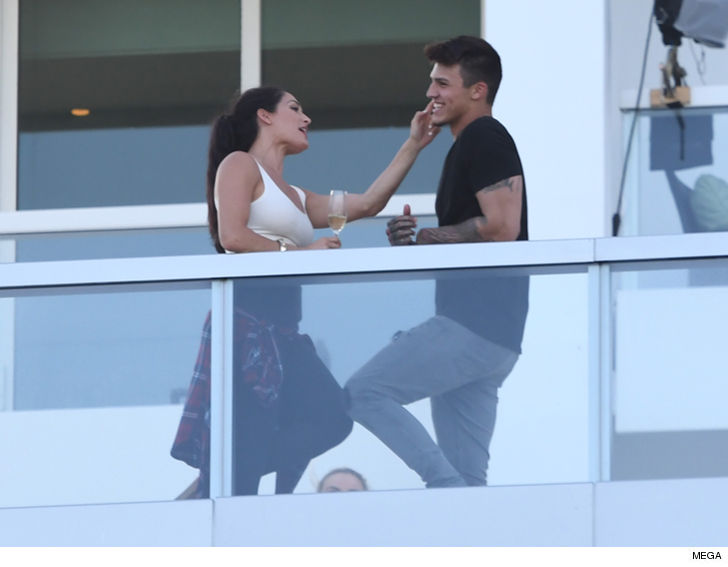 - "B-Team" member Curtis Axel has been with the WWE for 10 years as of June 1st.