Here's your Fight Size wrestling Update for the morning of December 24th, 2018.

- One of WWE's most charitable and respected stars Titus O'Neil was at the helm of a toy drive in Tampa, Florida recently where over 15,000 gifts were handed out and his fellow WWE peers reacted to the news.

I grew up in a home that didn’t have much to give or get for the the holidays...But because of those that invested in me and my family with nothing to gain in return, I can Now do the same!!
Thanks again to all that helped make TRANSFORMATIONAL CHANGE----https://t.co/GOrkDwQsA8

This is absolutely amazing… It’s awesome to see entertainers give back------ https://t.co/WZBARKfBlW

- WWE RAW talent No Way Jose posted a photo of himself on his Instagram story and noted that he lost nearly 20 pounds in three days. 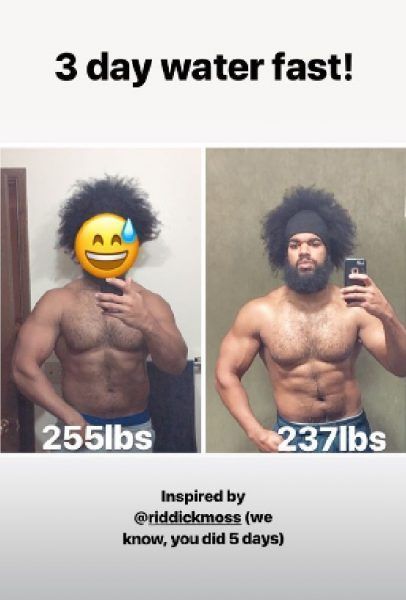 - Here are the results from the 'Ring Of Pakistan' show that occurred on December 9th:

- WWE uploaded the full match from the 2015 Royal Rumble pay-per-view to their YouTube channel featuring The Bella Twins defeating Paige and Natalya in tag team action.

- The NXT Champion Tommaso Ciampa is spotlighted in the latest 'Canvas 2 Canvas' episode.

- Former ECW World Television Champion Sabu burned himself while trying to make a video for fans.

Having some fun doing video greetings for fans pic.twitter.com/sQfVNfo92x

- Justin Barrasso of Sports Illustrated interviewed some of the troops stationed at Fort Hood at WWE's Tribute To The Troops show earlier this month.

- New Japan Pro Wrestling has a number of promotional videos on their YouTube page to hype up the matches on the Wrestle Kingdom 13 card.