Here's your Fight Size wrestling update for the evening of October 21st, 2018.

- The embedded video at the top of the article features stars of WWE participating in the 'Try Not To Laugh' challenge hosted by 'FBE'.

- Finn Balor shared a photo that he took with a cancer survivor at a WWE Live Event and the young lady made a sign which read that her cancer returned and Finn Balor helped her through it once and he will help her through it again.

- 205 Live star Maria Kanellis shut down a Twitter user who made a remark about her husband Mike Kanellis.

“You are always one decision away from a totally different life”

Photo on the left is the day after I debuted at @wwe. Photo on the right was from this past Monday. Adversity can either make you or break you. I chose the former. It’s never too late to turn your life around. #wwe pic.twitter.com/JOUyuFsPLt

Umm what has he done other than getting signed because of his wife..knocking her up as soon as @WWE health insurance went into effect and sat on the couch the entire time she was Prego bc no one knows who TF he is with out his wife beside him...

Woah!! Someone get this guy some help. 1. I’ve worked since I was 14 so if I need a year to create life I deserve it. 2. We have Obama Care. 3. Mike was on the road every weekend while I was pregnant and he left to work the day after I had our baby. 4. Grow up. https://t.co/l2OO88BDMb

- Former NXT Tag Team Champion Rezar of The Authors Of Pain tweeted out that pro wrestling is more "extreme" than MMA.

@Rezar_WWE alohas bro! Do u plan on going back in MMA anytime soon? Continue to break records in WWE!! #AOP #Rezar

- Former SmackDown Live Women's Champion Carmella reacted to tripping up during her entrance at a live event.

@CarmellaWWE ummmmmm!!!! Yea I caught that spill you just took down the ramp here at #WWEHartford ---- don’t worry i wont post it

- A photo surfaced on Reddit by way of 'LilMoWithTheGimpyLeg' of Dave Bautista at a WCW tryout in 2000. 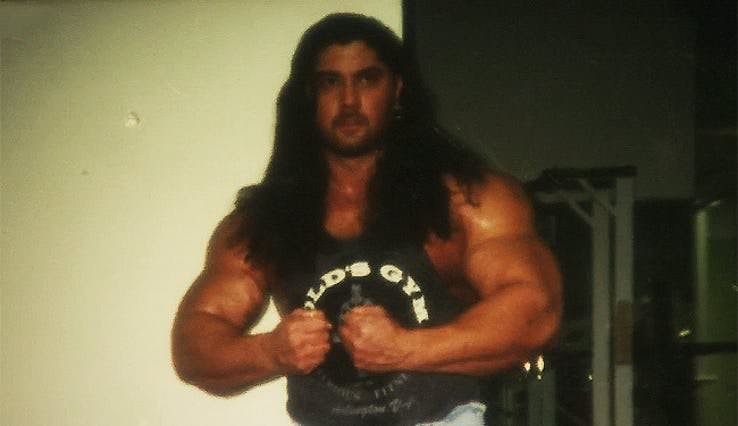