Here's your Fight Size wrestling Update for the evening of February 2nd, 2019.

- While the Super Bowl halftime show is on, WWE will go live on all their digital platforms to present 'Halftime Heat' which will be a six-man tag team match as Aleister Black, NXT North American Champion Velveteen Dream and Ricochet take on NXT Champion Tommaso Ciampa, Johnny Gargano and Adam Cole. PWInsider is reporting that WWE has filed a trademark for the 'Halftime Heat' name.

WWE Not Caught By Surprise With Upcoming Contracts Expiring

- Here's what is coming to the WWE Network next week:

* Monday following Raw, it will be a brand-new edition of “The Edge and Christian Show” which has the following description, “No show is safe on this channel-surfing safari through a paradox of parodies and tantalizing tributes to the small screen!”

* Wednesday at 3 PM Eastern, it will be a brand-new “NXT UK which will feature the following:

Wednesday at 8 PM Eastern, it will be a new “WWE NXT” which will feature the following:

* Thursday at 8 PM Eastern, it will be “Network Collection Spotlight” focusing on Booker T.

* Saturday at midnight Eastern, it will be the live stream debut for ” Superstars” from June 13, 1992 which features the following description, “Macho Man Randy Savage remains determined to stay WWE Champion at any cost. Nailz shows his dominance in in-ring competition.” 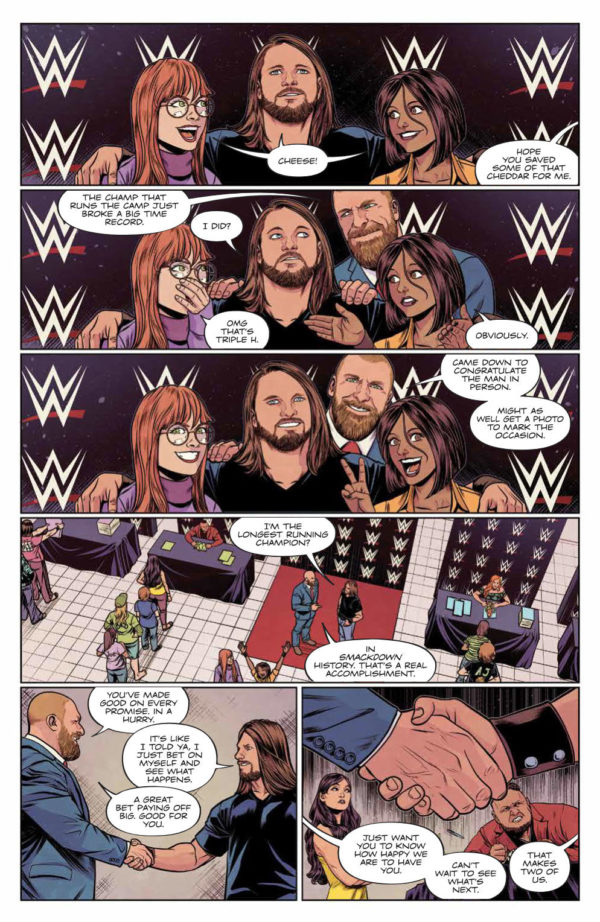 - '107 Jamz' has details on their website for an opportunity to win tickets to the WWE live event on February 18th.

- 'HeraldNet' published an article which consists of comments from ticket holders that are attending Tuesday's WWE SmackDown show in Everett, Washington.

- Josiah Williams has created another edition of 'Wrestle And Flow' and this edition is dedicated to the the black wrestlers of the past and present.

A song dedicated to Black professional wrestlers and fans all over the world. #BlackHistoryMonth

Recent News
WWE Raw And NXT Both Faced Huge Changes This Past Week; Samoa Joe Was Planned For Raw
2point0 To Take Part In EC3's 'Free The Narrative II'
WWE Not Caught By Surprise With Upcoming Contracts Expiring
WWE Announces Return To The UK In November
Notes On AEW All Out: Bryan Danielson, Lucha Bros., More
Tommy Dreamer Issues Statement Regarding Dark Side Of The Ring Comments