Your Fight-size Wrestling Update for October 22.

- Xavier Woods and Rich Swanna continue their battle on Saturday Night Slam Masters, which you can see above.

Mickie James Says It's Weird To Be Called A Legend, Won't Ever Retire From The Business

- Becky Lynch has been added to the Smackdown tapings in Green Bay this Tuesday.

- Kane vs. Bray Wyatt in a No DQ match has been announced for Smackdown.

- Sheamus drew a huge crowd for his appearance in India.

If you weren't there, go to my Facebook page now and watch the live video... #WWEIndia #sheamusinindia... Mumbai i love you! @WWEIndia pic.twitter.com/7WLYR9DfA5

- Vince McMahon deleted a tweet, which you can see below. 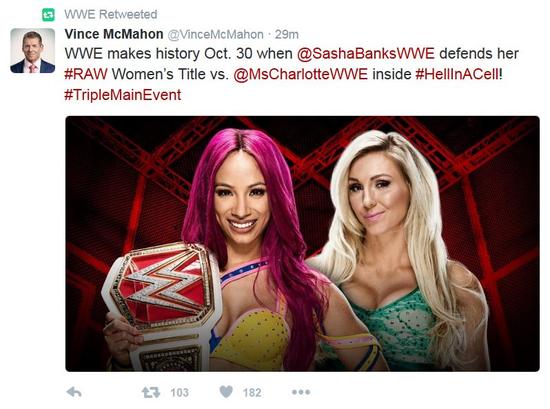