Here is your Fight-Size Wrestling Update for August 11!

- Above, you can see the 5 Most Controversial Summerslam endings.

- Check out some unseen footage of the return of James Ellsworth IN SUPER SLO-MO!

- Here's a video of Kassius Ohno and other NXT Superstars talking about the Performance Center.

- But Corey is fishing in deeper waters for his next guest.

I have this show, @wwe #SuperstarInk...it could totally use some #electrifying!

Yes, in case you hadn't heard, The Rock got a new tattoo. Well, really he upgraded an old tattoo. 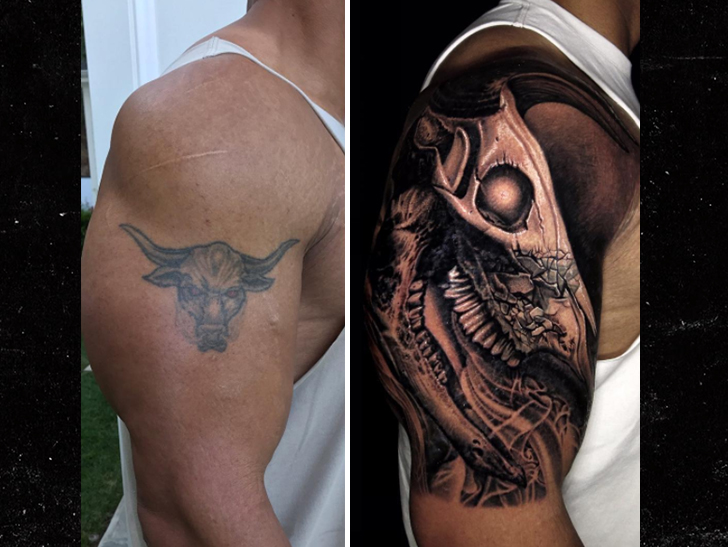 - Taking their cue from Gronk's involvement at WrestleMania, ESPN decided to fantasy draft other NFL players into the WWE.

We already know Gronk can play the part.

What other NFL players would be naturals inside the ring? https://t.co/U7WIeZT8Qx

- The first edition of Flashback Friday on the WWE Network focuses on D-Generation X.

Tune into @WWENetwork RIGHT NOW to celebrate #20YearsOfDX with @WWE #FlashbackFriday! BREAK IT DOWN! pic.twitter.com/rhAQjRUMwB

- You can win a Ric Flair "Defining Moments" Action Figure, by entering the contest at this link.

Get all the details by clicking here, and check out the prize, in detail, in the video below.