* Above, you can watch the main event of last night's SmackDown in slow motion, including a Super Slo-Mo RKO!

* A new poster for WrestleMania was leaked this morning, playing off the "Ultimate Thrill Ride" slogan: 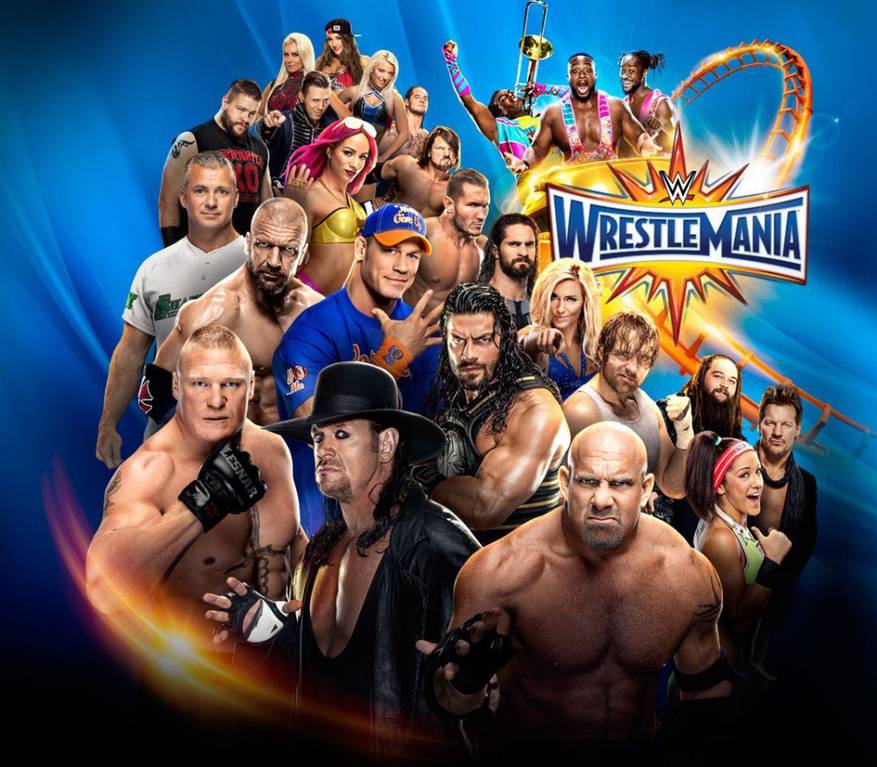 Here is a promo vignette for the event, using that same slogan:

* Tonight on NXT, Shinsuke Nakamura returns to the ring for the first time (on TV) since TakeOver San Antonio.

He'll be facting TJ Perkins, who was interviewed ahead of the big match:

* The Rock released a video of him working out. He's in very good shape.

* Jerry Lawler has a new podcast entitled "Dinner With The King," in which he reveals that he'll be doing commentary for one match at WrestleMania 33, though he doesn't say which.

* Don't forget to check out the latest hilarious episode of WWE's Most Ridiculous with the ridiculously talented Anna Bauert.

* And finally, you can watch the Fightful Wrestling podcast from today, featuring Fightful Boss and "Eccentric Millionaire" Jimmy Van!