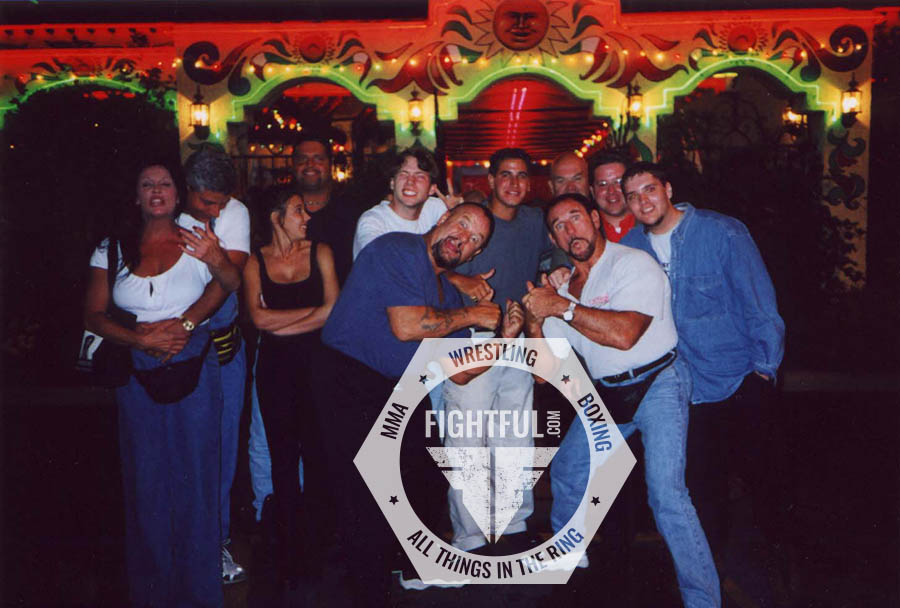 I dabbled in the wrestling business going as far back as 1997 when I launched the now-defunct wrestling news and information website called JimmyVan.com; through my years working with independent promotions in the U.S. and Canada; and now coming full circle with Fightful. I’ve amassed a bit of a photo collection through the years and decided to start sharing them via a weekly Flashback Friday feature.

This is a shot taken after one of the most unique dinners I’ve ever had.  It took place at a Tex-Mex restaurant in 1999 following an independent show promoted by the AWA Superstars of Wrestling – not *that* AWA.  Among those in this picture are a whack of WWE Hall of Famers including the late great “Sensational” Sherri Martel, the late great George “The Animal” Steele and Luke and Butch of The Bushwhackers, as well as long-time WWE ring announcer Justin Roberts.