The Rock 'n' Roll Express was so good, the guy that hated them the most is honored to induct them into the WWE Hall of Fame.

Ricky Morton and Robert Gibson will be inducted by their biggest rival and mortal enemy, opposing manager Jim Cornette. 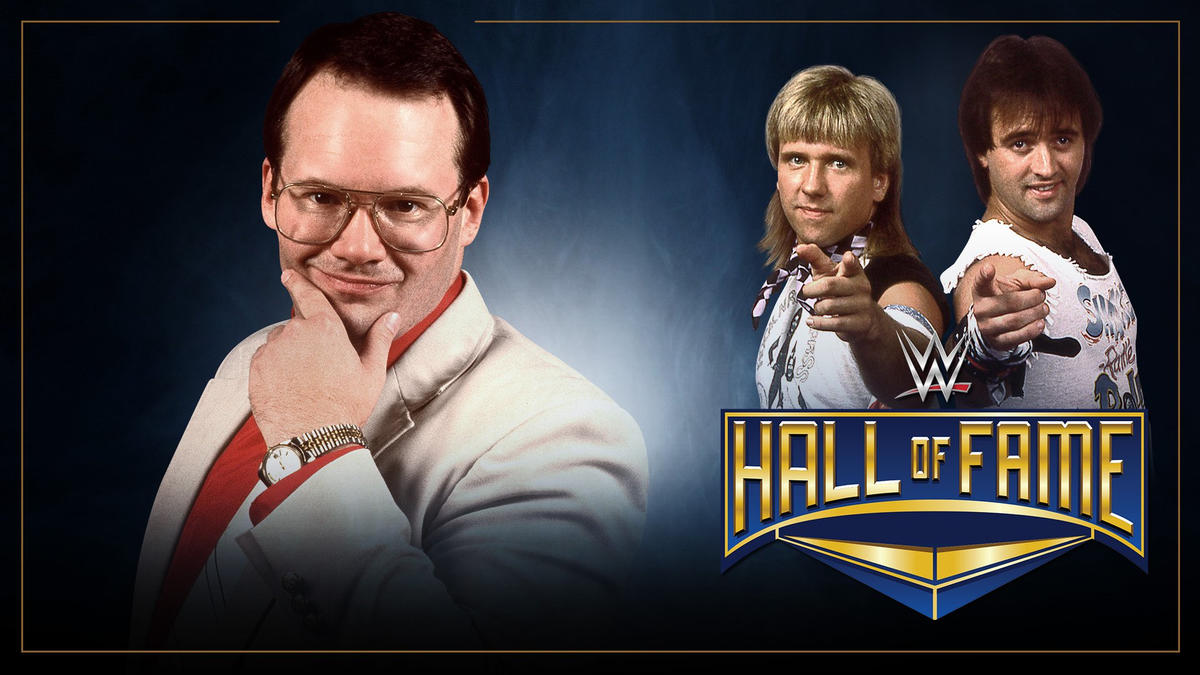 Here is an excerpt from the press release on WWE.com.

The tennis racket-wielding manager may have spent the better part of three decades trying to put an end to Ricky Morton & Robert Gibson, but even he can’t doubt the influence they’ve had on sports-entertainment.

Cornette was a consistent thorn in the Express’ side since they first hit the ring as a team in the early 1980s. He managed against Ricky & Robert during their first week as a team, with the enmity intensifying when Cornette brought The Midnight Express into the squared circle. The team, which consisted of “Loverboy” Dennis Condrey, “Beautiful” Bobby Eaton, and later, “Sweet” Stan Lane, were the perfect dastardly villains for the fresh-faced Rock ‘n’ Roll Express. It didn’t hurt that they had Cornette on the microphone, hurling insults at Ricky & Robert at every opportunity.

“Superman needs Lex Luthor, Batman needs The Joker, and we were the antithesis of everything The Rock ‘n’ Roll Express stood for and their wrestling style. It just clicked,” Cornette said.

“I said these horrible, degrading things about these two, fine, young, upstanding examples of American boyhood,” Cornette continued, “and people, on numerous occasions, tried to kill us.”

Cornette survived the rivalry with The Rock ‘n’ Roll Express and turned toward the role of promoter in the 1990s. While on Smoky Mountain Wrestling television, he had the familiar role of manager to Ricky & Robert’s new enemies, The Heavenly Bodies. Cornette was also running the show for SMW, and realized how important The Express was to the company and its fans.

When it comes to inducting The Rock ‘n’ Roll Express into the WWE Hall of Fame, there is probably no one better than Cornette. After all, their careers have been intertwined for 34 years.

Cornette closed his interview by teasing a story that he might tell in his induction speech, “where The Rock ‘n’ Roll Express saved my life one night in Louisiana from an angry mob of fans.”

Fightful will have a Live Discussion during the WWE Hall of Fame Ceremony on March 31st, as well as wall to wall coverage all through WrestleMania weekend.