As I ranted about yesterday, the top brass at WWE decided to make their employees work on Christmas because they are a bunch of Burgermeister Meisterburgers. 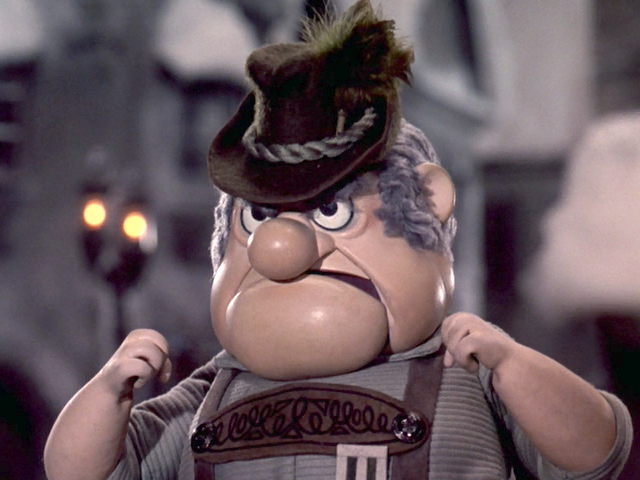 Yes, RAW will be broadcast Live on not only Christmas night, but also New Year's Night, which means that WWE's employees will have to spend their holidays away from their families.

As reported on the Fightful Podcast last night, the wrestlers knew this was coming for months now, as the touring schedule has to be finalized well in advance, but that doesn't mean they're happy about it.

And it doesn't mean their wives are happy about it, either--particularly the wives of the Hardy brothers.

Matt's wife Reby, who, let's just say, isn't shy about speaking her mind on social media, Tweeted this out after the announcement yesterday.

Matt has two young sons--Maxel, who is two, and Wolfie, who will be celebrating his first Christmas this year, presumably without his father.

Jeff's wife Beth didn't need to use a meme of the Grinch to get her point across.

Christmas Day. Really??? Some are sensitive to my "public complaining" so let me NOT publicly complain about our Christmas Day without Jeff--

Some jackass on Twitter decided to "well actually" this situation, so Beth shut down that shit right quick.

Seriously, the military works on those days without family. The NBA works. That's the life, he knows that. Surprised you don't.

He is neither military nor NBA. He doesn't have the "life" of either. What's YOUR point? https://t.co/IE1ROQOrMG

An interesting twist though, as she also Tweeted that she had been informed that "the network" made the call to broadcast live on Christmas, which I am taking to mean that someone at the WWE shifted blame over to the USA network.

Doesn't make it any better for the families who have to spend Christmas without their loved ones.