Will Hulk Hogan be at Crown Jewel?

On the WWE Crown Jewel events page on their website, under featured superstars, Hulk Hogan was listed as appearing. Since news of his appearance has made the rounds, WWE removed Hogan's photo from the the event listing. You can see the original story, complete with a screen shot of Hogan being advertised, below.

It's Official: Trent's Mom Sue Is A Member Of CHAOS

The news was first caught by Twitter user WrestleVotes. Below is a screen shot captured by Fightful's Andrew Thompson. 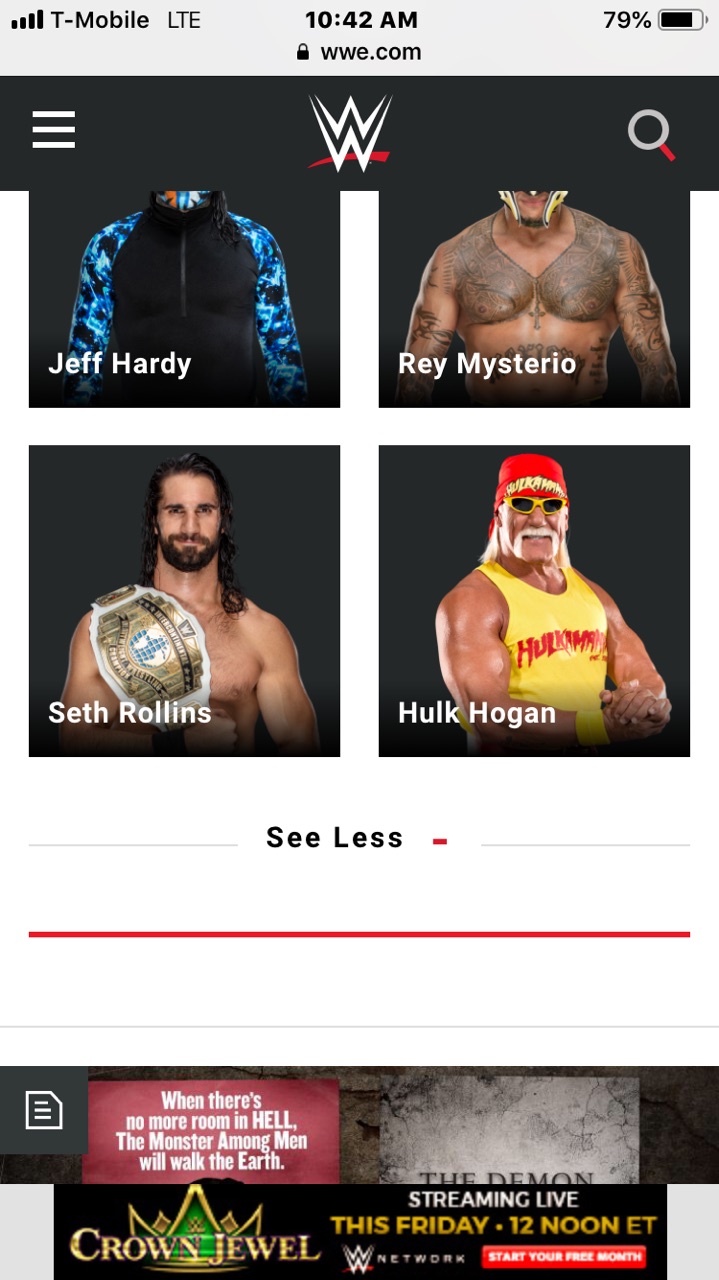 In an interview with the Jay Reddick of the Orlando Sentinel earlier this month, Hogan stated, “There are a lot of plans in the works. I’m looking forward to going to Saudi Arabia with the WWE"

Hogan was released from his WWE contract in July 2015 after tapes leaked of him using racist language. He was brought back to the company this past July, showing up at Extreme Rules to issue an apology to the WWE locker room. He has not appeared on WWE television since WrestleMania 31.

Back in September, Turki Al-Sheikh, the Minister and Chairman of the General Sports Authority in Saudi Arabia, tweeted a photo of Hogan with the caption "What is the World Cup that nobody is talking about?"

WWE Crown Jewel is scheduled for this Friday, Nov. 2. An appearance by Hogan has not officially been announced by the company.