Jack Swagger Will Wrestle At Your Indie Event, But He Won't Come Cheap

where I find the weird stuff in wrestling news
and crack jokes about it
It's a thing I do.

JACK SWAGGER:
HOW ELSE COULD TWO MONTHS' SALARY
LAST FOREVER?

(does anybody else remember those terrible old diamond commercials?)
(No?)
(just me?)
(okay then.)

So last month, Jack Swagger asked for and was granted his release from WWE.

He's still under a 90 day non-compete, but he's taking independent bookings for after that period is up.

And he doesn't come cheap.

According to a report in the Wrestling Observer Newsletter, an indie promoter has divulged that Swagger is asking $4,000 per show, which is pricing himself out of many independent promotions.

Swagger will be working the upcoming House of Hardcore tour of Australia, but probably gave promoter Tommy Dreamer a multi-date discount.

So is hiring Jack Swagger for a one-night stand at your wrestling promotion the best use of $4000?

Let's look at some other options:

Instead of hiring Jack Swagger to come out and do the "We The People" thing and put somebody in an Ankle Lock after 7 minutes of rest holds, you could buy: Two Courtside Seats For Game 6 of Jazz/Clippers on StubHub.

Or you could bring in Former World Heavyweight Champion Jack Swagger for one match.

Maybe he'll even wear the shirt that makes him look like he's being felt up by a giant Tickle-Me-Elmo. 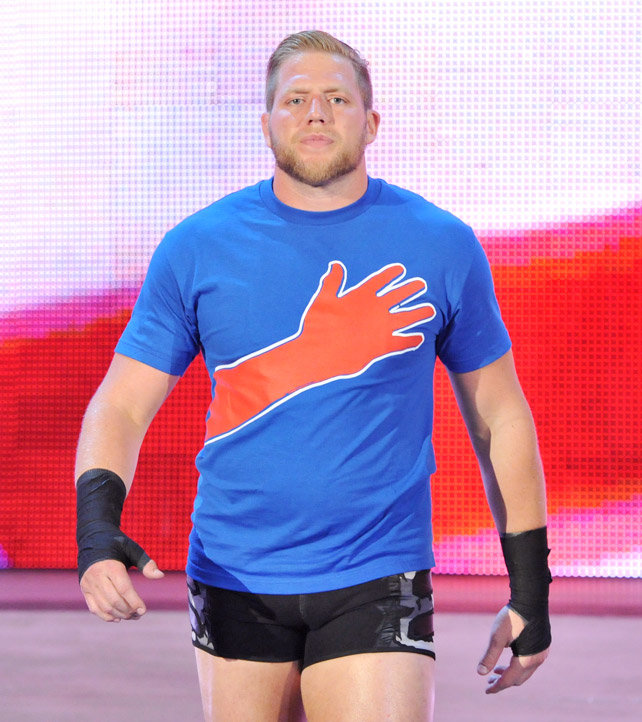 But personally, I'd go with the sandwiches.