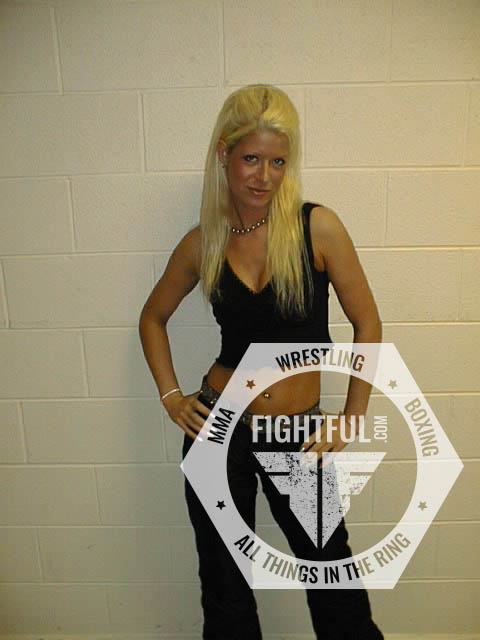 I dabbled in the wrestling business going as far back as 1997 when I launched the now-defunct wrestling news and information website called JimmyVan.com; through my years working with independent promotions in the U.S. and Canada; and now coming full circle with Fightful. I’ve amassed a bit of a photo collection through the years and decided to start sharing them via a weekly Flashback Photo feature.

This one was taken in October of 2000 as part of an independent promotion I ran at the time called the XWC, the Xtreme Wrestling Coalition (which I want to add, preceded Jimmy Hart's XWF promotion).  The girl in this photo was 19-years-old and less than a year into the start of her career, managing a tag team on the Canadian independents called the Texas Hell-Razors.  I knew her as Lauren, and also as Angel because her ring name at the time was Angel Williams.  She went on to a successful career, particularly as a member of The Beautiful People in Impact Wrestling, known as Angelina Love.