Vanessa is in good spirits.

Fourteen-year veteran of the pro wrestling game Vanessa Kraven is coming off of having her brief run in the 2018 Mae Young Classic tournament air on the WWE Network. Kraven was bested in the first-round of the tourney by Lacey Lane but nonetheless she gained more exposure and added another accolade to her resume'.

Unfortunately for Kraven, she suffered a serious leg/ankle injury recently while competing for the 'Acclaim Pro Wrestling' promotion that is based in Ottawa, Canada. Kraven put out the following message on Facebook which detailed how she got injured and the severity of her injury:

"Let me start by saying that this year has been a pretty good year for me wrestling-wise. Last night, coming back to Ottawa for Acclaim pro wrestling for the 1st time after my MYC appearance, the wonderful reaction from the fans put me on a high right from my entrance!

"I'm not sure if any of you in attendance saw that something was wrong after I won my match, but there was, and I didn't want to say anything until I got the official word.

"Unfortunately, my left leg suffered a severe torquing during a move while my foot stayed more or less planted on the canvas, resulting in both a fracture and break in my lower leg. I went to the hospital and currently have a fiberglass support "cast" on it and will be getting a full cast put on tomorrow. I won't know how long the cast will have to be on until tomorrow but I'm unfortunately having to at least cancel my wrestling bookings for the rest of 2018... highly likely some of 2019 as well."

The former SHIMMER Tag Team Champion shared a graphic photo of the moment that she injured her leg and ankle and provided another detailed explanation concerning the details of her injury:

"So, friends and fans, unfortunately my lower leg/ankle requires fixation surgery. My fibula will be getting a plate and screws and a piece of my ankle will be reattached with pins. Surgery will be on Friday.

I was planning on coming to Renfrew for the show on Saturday if I was only in a cast, but surgery requires me to at least take a few days to get through the initial unpleasantness. I'll have to wear a boot after the operation for anywhere up to 2 months. Could be off sooner if things go well!

I will still be in attendance at both C4 and the joint Smash/FLQ shows on Nov. 16th and 17th. Come say hi and buy some new 8x10s or a t-shirt to support me during my downtime. Every little bit is appreciated.--

As for a projected ring return date, I don't have one just yet. I want to focus on regaining strength, mobility, range of motion and do a good amount of physio before anything else.

And if anyone was curious about how this happened, here you go": 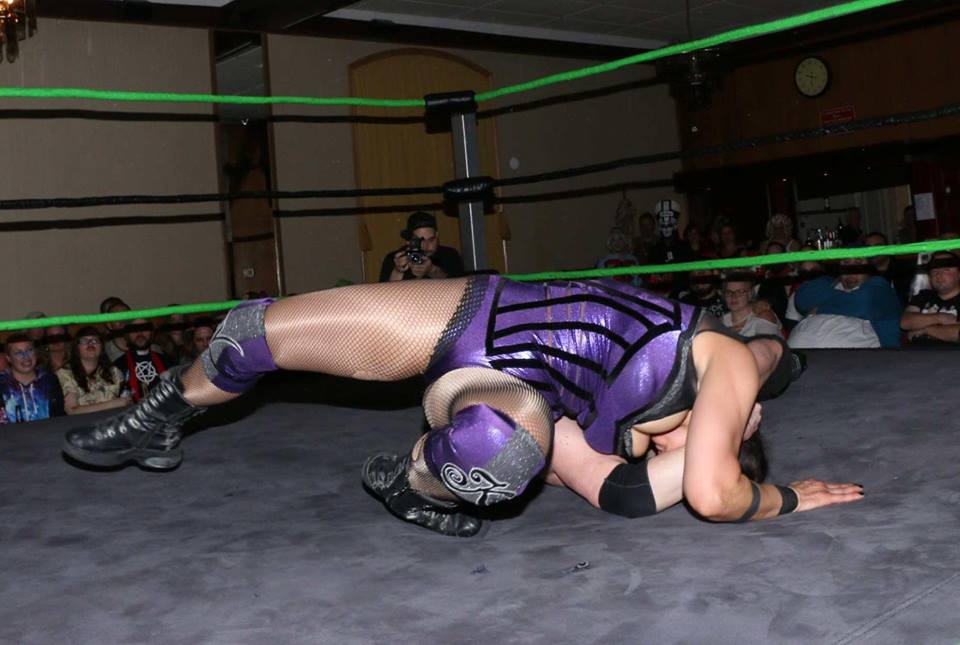 Coming out of surgery, Vanessa Kraven noted on social media that she is thankful for the all the support she has received from the public as she embarks on her journey to getting back into the squared circle.

I am alive and out of surgery!
Heading to the recovery room now for a bit. --
Thanks for all the messages and support... and messages of support ---- pic.twitter.com/oO8w48jrAk