Both Michael Elgin and Moses, the woman who has accused Elgin of discrediting her when she said a wrestler had sexually assaulted her have spoken about the situation.

Moses spoke to PWPonderings in detail about what has been going on. She said that she and Elgin (who is married) were in a relationship. But the relationship was rocky, she said, as Elgin was domineering and wanted to exert control. She said he had groomed her into thinking that she would be nothing without him, among other things. After the assault by Sean Orleans, which she explains in detail in the article, the relationship continued. She later learned that Elgin was trying to discredit her after coming to him about the situation.

Elgin meanwhile has also given a saying while he did have a relationship with Moses (who he did not name directly), he had only met her two times outside of wrestling events, seemingly minimalizing the relationship.

“I grew to have a friendship with this woman and some of our conversations were inappropriate given I am a married man,” he said. “I saw this woman two times outside of wrestling events, it was wrong and I can’t express my regret enough. Our conversations should never have crossed the line and I will never be able to apologize enough for that.”

When she was asked why she shared the private messages, Moses said it was because she wanted to prove that Elgin was trying to discredit her. She also said that she posted the messages pertaining to Jeff Cobb so that it would gain people’s attention, but at the same time also have people realize the kind of person Elgin was.

"I tweeted out his reprehensible behavior toward someone that the wrestling community actually cared about" she said. "Because I had been shown that his behavior toward me wasn’t going to be taken seriously. I didn’t set up that conversation. It was completely genuine. It was abhorrent and abusive. And it got people’s attention. Which I never would have gotten any other way. I know a lot of people take issue with this. But these are the same people who ignored everything I had said up until then. When one considers how much I HAVEN’T shared, and the content of that which I haven’t shared, it’s difficult to be angry about what I have shared."

She mentioned that at one point, she told Elgin that she would keep the conversations private if Elgin would agree that he would ensure proper conduct of all of his employees and trainees and ceased contact with everyone except his wife. He initially agreed, but when someone on Twitter revealed conversations between them and Elgin that were unflattering in nature, Moses started to release their own conversations.

Elgin said in his statement that he encouraged Moses to report Orleans to the authorities, which she did not because of fear of retaliation and the overall statistics when it comes to people being convicted of sexual assault. He also apologized to her for his actions.

“These types of accusations need to be taken seriously, and I encouraged the woman to report it to the proper authorities herself,” he said.”Within the conversation I had about the situation I was rude and very inconsiderate of people’s feelings. I’m truly sorry to the woman for acting this way.”

Michael Elgin will continue to be a part of New Japan following the allegations. He’s slated to be part of the New Beginning tour that will take place over the next month.

Fightful has reached out to both parties, but have yet to get a response. 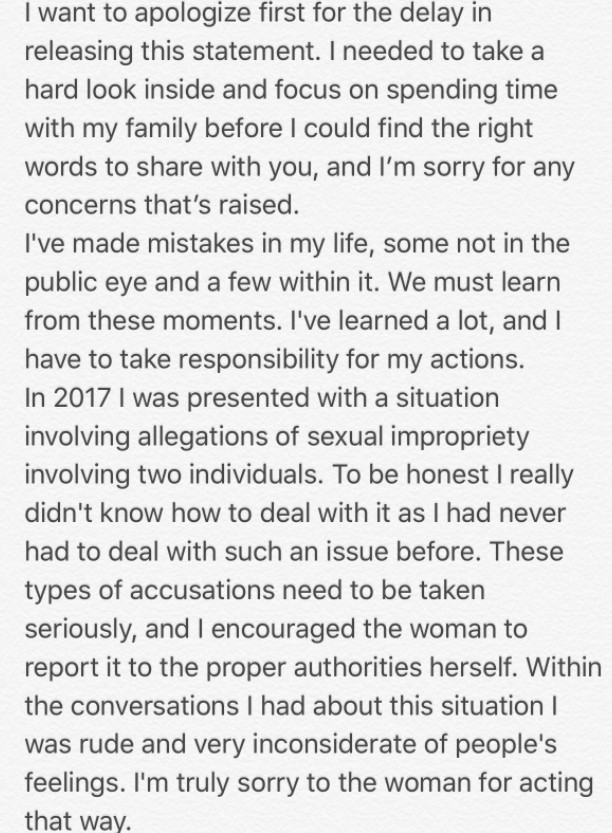 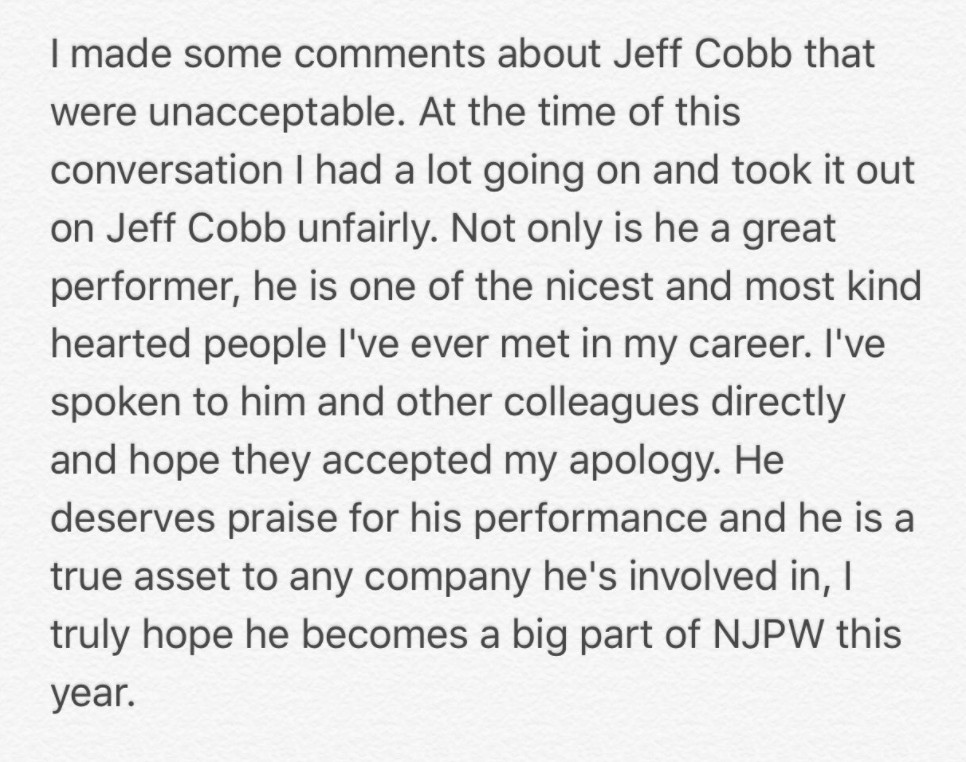 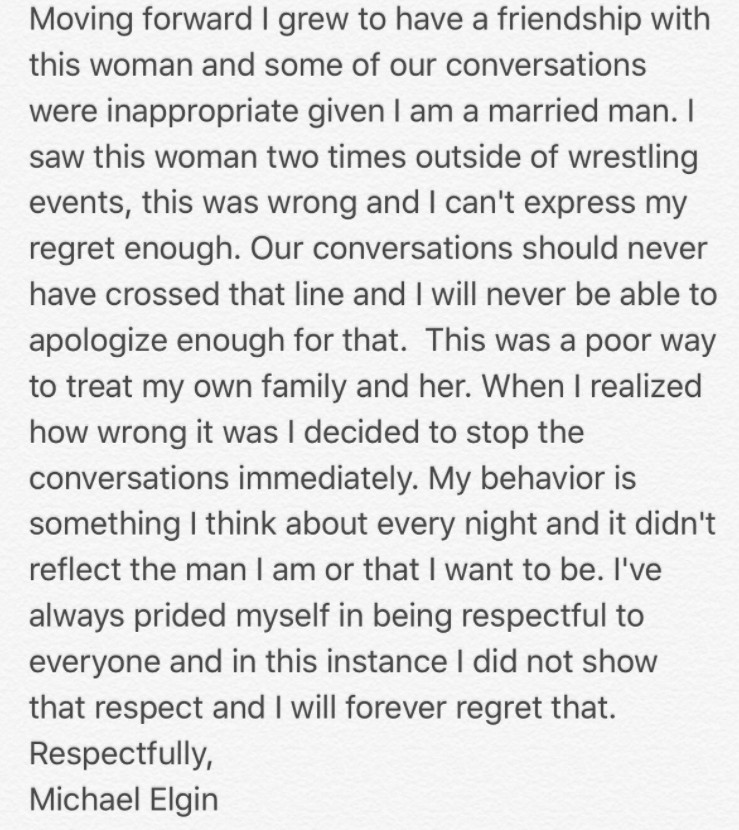