To say Natalya has had a rough week would be an understatement.

The former WWE Divas Champion capped off a tough stretch on Tuesday, as she mentioned on social media that while in San Diego, several things were stolen from her at a hotel.

Peyton Royce: My Patience Is Running Thin, My Talents Are Hidden Behind The Opinions Of Others

"Shocked and really disappointed to have items stolen from me at the @hyattregency Mission Bay Spa and Marina in San Diego...had to vent!," she said on Twitter.

Natalya was in for tonight's Smackdown Live, where she'll perform. That wasn't all, Natalya lost something else this weekend -- her teeth!

It would appear Natalya lost her two front teeth when she teamed with Alexa Bliss and Carmella to take on Nikki Bella and Becky Lynch. She later had them fixed, with Renee Young accompanying her to a dentist's visit. You can see a photo below. 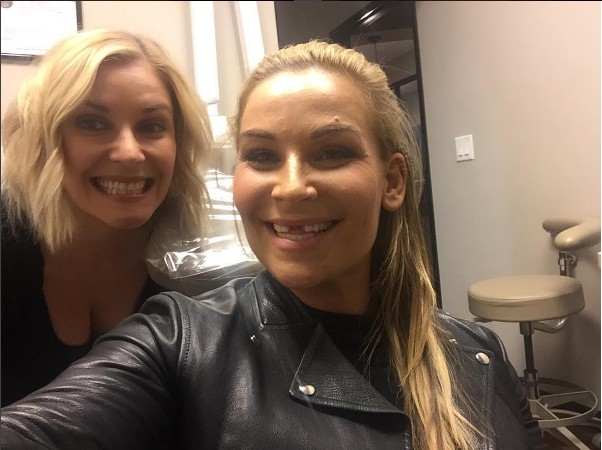