FOX Sports is reporting, and WWE has confirmed on their website, that Teddy Long is the newest member of the 2017 Hall of Fame class. 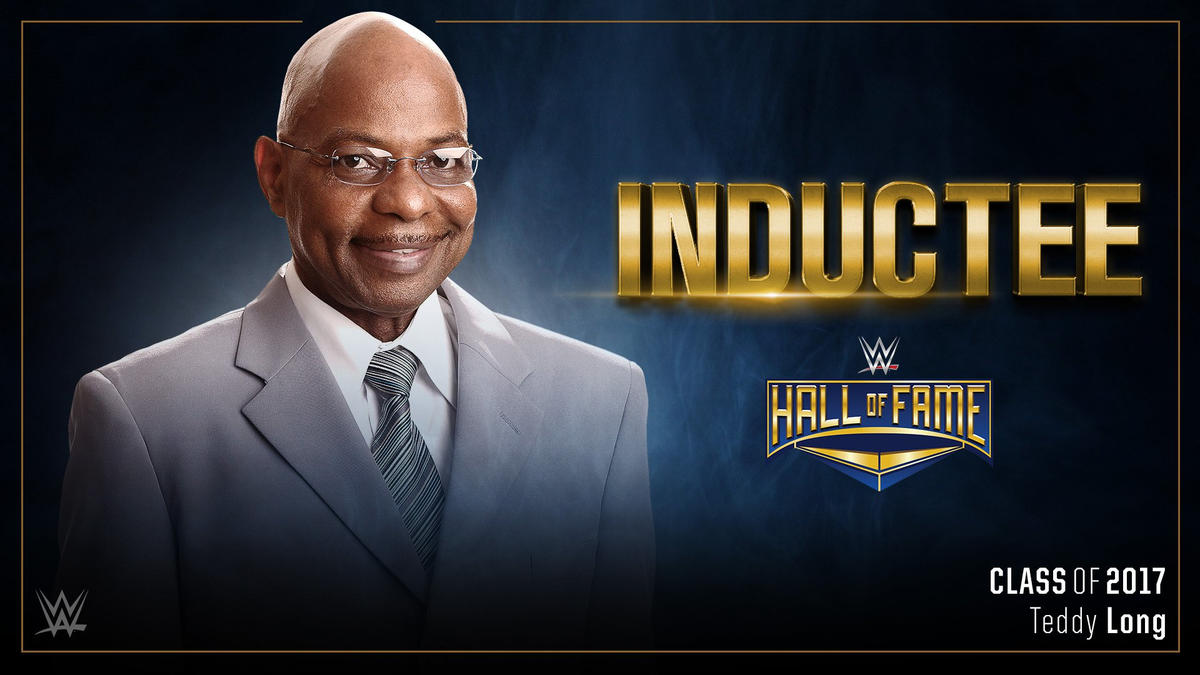 Long may best be remembered by the WWE Universe for his work as a General Manager. He was made the SmackDown GM in 2004, becoming the first African-American to hold the position. During several tenures at the helm of SmackDown and ECW, Long established himself as someone who would work his hardest to give the WWE Universe the best shows possible. That included the New Superstar Initiative, which introduced WWE fans to the likes of Kofi Kingston and Jack Swagger, among others.

On top of that, Long was often lauded for his matchmaking skills. When tensions ran high between groups of four (or more) Superstars, he knew how best to diffuse the situation – by splitting them up into squads for a tag team match! Long’s love for impromptu tag team matches became his calling card, endearing him even more to the WWE Universe.

Long’s groundbreaking career in sports-entertainment makes him worthy of the awesome honor of induction into the WWE Hall of Fame.

Speaking to FOX Sports, Long said of getting the call: "Well, I was really surprised, you know? I had thought about being inducted into the Hall of Fame and I thought 'well, if they're going to do that, I'm pretty sure my time will come one day.' And that's what did happen. I was real excited, it's such an honor to be a part of something like this. To go into the 2017 WWE Hall of Fame… man, it's just great. It don't get no better than that.

"I just want to thank Vince McMahon and the McMahon family, and the WWE Universe, and all the people that just hung out with me and wanted some more Teddy Long. I'm just excited right now so I'm kind of lost for words."

Long began his career in the early 80s on the ring crew for Jim Crockett productions, then became a referee and a manager in WCW, before moving to WWE in 1998.