NXT commentator Nigel McGuinness had a rough night at the commentary desk during last night's NXT tapings from 'Center Stage' in Atlanta. McGuinness, alongside Mauro Ranallo and Percy Watson was calling the exciting NXT action per usual. During a portion of the tapings, McGuinness was positioned awkwardly in his chair and it later became obvious that he could not move. Reddit user "uckTheSaints" uploaded the photo showing the former Ring Of Honor World Champion trapped in his chair. McGuinness reportedly had to be rescued from the chair by multiple people. 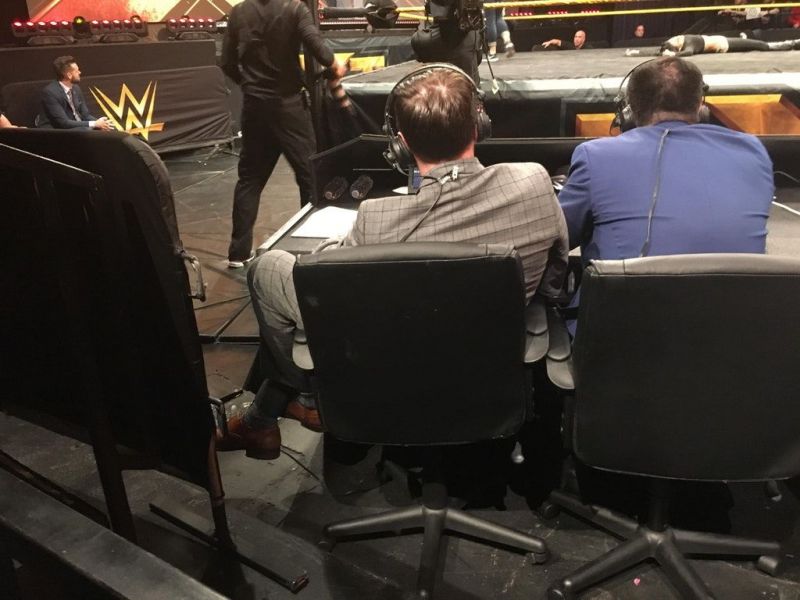 McGuinness missed out on last weekend's NXT tapings and subsequent NXT Takeover Philadelphia due to illness.

Spoilers for last night's NXT tapings have been posted here on Fightful. You can view those by clicking here.