Welcome to the Official A-Train
Predictions & Preview for

You know what this is, so let's get right to it. 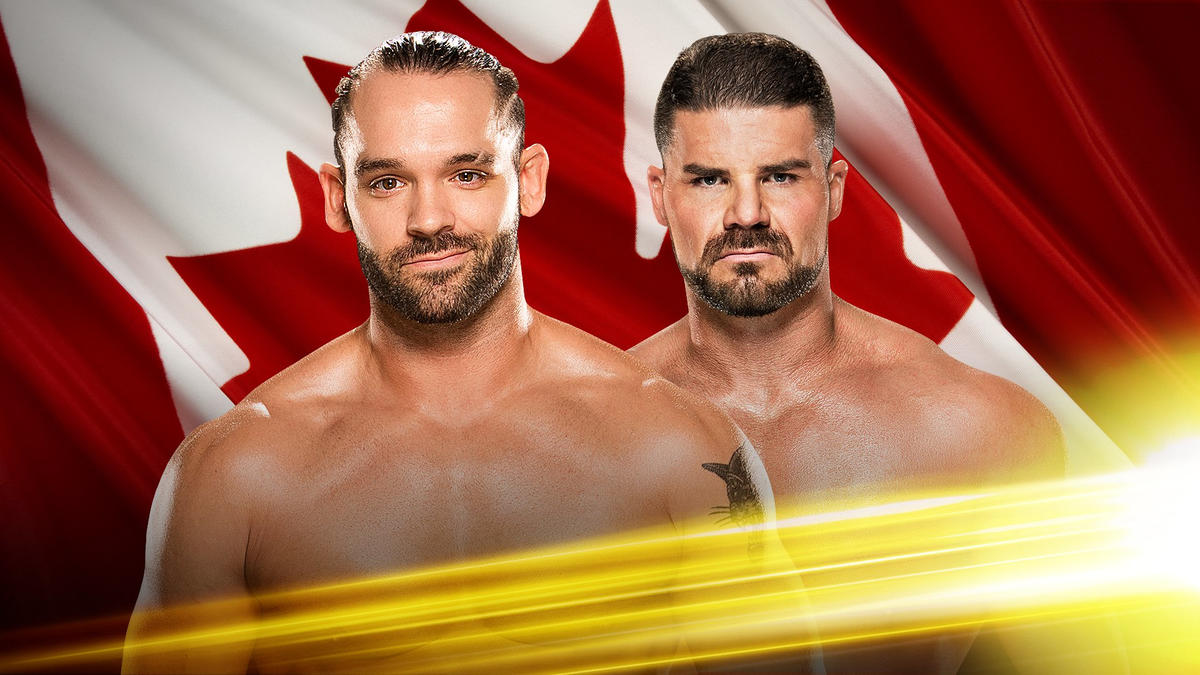 Related Article Gillberg Out Of The Hospital Following Heart Attack, GoFundMe Set Up To Help With Medical Expenses

Back in August, on the Wednesday after Takeover Brooklyn II: The Secret of the Ooze, they aired a match that was taped for the undercard of that event, featuring Tye Dillinger vs Wesley Blake.

This is what I wrote about it then, and a lot of it still holds true today:

There are very few moments that take you by surprise when you watch as much wrestling as I do.

One of those few moments happened when I saw Tye Dillinger's entrance for this match. His theme hit and Brooklyn went BONKERS. He came out on the ramp and everyone, like EVERYONE in the arena was chanting " Ten! Ten! Ten! Ten!" and he comes down to the ring and if you haven't seen it, it's AMAZING.

I wish you could hear it. It's deafening.

Tonight, said Brooklyn. We are with you.

Tonight, said Brooklyn. We are all Tens.

And at the end there, as he's just taking it all in, as 15000 fans are cheering for him, I thought about what it must have been like to be Tye Dillinger in that moment, and I started to cry.

That was the surprising part.

I didn't know why I was crying, until I thought more about it.

Tye Dillinger is 35 years old. He's only got a few years left. He started out in OVW back in 2006, transferred to FCW in '07, debuted on ECW on SyFy (*shudder*) in 2008 and lasted like five months before he was future endeavored. He bounced around the indies for four years, before debuting on NXT in 2013, but he couldn't get anything going until this Perfect 10 gimmick. And then, BOOM. He took off like a rocket. Not with the top brass, oh no, but with the fans. They started doing the Ten chants during his matches, during his entrances, they loved the guy. But the bookers insisted that a guy who thinks he's perfect has to be a heel, so they kept booking him to lose. To Apollo Crews, to Andrade Almas, to fooking ONEY LORCAN. He's been off TV for over a month.

Now he's back, and they're apparently letting him be a babyface. The crowd is cheering for him louder than ever, and he finally gets to win a damn match.

I think there was a little part of Dillinger who thought he'd never make it this far, and a little part of him who thinks that this might be the biggest hottest crowd he ever gets to perform in front of.

Right after the bell rings, and the crowd breaks out into another chant of "Ten! Ten! Ten!" and he looks around and smiles, is he thinking "If this is the pinnacle of my career, I'm okay with that" ... ? I mean, if you went back in time and told just-released Tye Dillinger back in 2009 that if he waited seven-and-a-half years, he'd be getting cheered by 15000 screaming fans at an arena in Brooklyn, NY, he'd have said you were crazy.

Anyway, so I thought about all of that, and put myself in Dillinger's shoes, the kid who could never get over, finally feeling the love from the fans in a match he knew he was finally going to win for a change, and I was so happy for him that I started to cry.

In a fascinating twist of irony, Tye Dillinger's old FCW Tag Partner from eight years is Dolph Ziggler. Back when Tye was calling himself "Gavin Spears," he and Dolph used to tag together:

But almost 8 years later, both men performed in the same arena on the same weekend, in front of probably mostly the same fans.

One of them was wrestling for the top prize in the sport, the WWE World Championship, and the other was the curtain jerker on the "developmental" show. His match was taped and broadcast four days later.

The Curtain Jerker who got tape-delayed was more over with the crowd than the championship contender.

I don't know what it means, or even whether it means anything at all, but I just found it interesting, and I thought maybe you would too.

As far as the original question goes, "Is this the pinnacle for Tye Dillinger?," realistically it probably is. He'll be a midcard hero in Full Sail, get called up eventually, and forgotten about after an early mini-push, much like his NXT predecessor, Tyler Breeze.

But there's one thing they could do with him that would make him into a goddamn star:

After at least three weeks of vignettes, have him debut on the main roster at the Royal Rumble ...

Imagine, the countdown for the next entrant reaches zero,
and this starts to play.

Please WWE. Just do this. For me.

Yeah. So I like Tye Dillinger, so sue me. Watching him do the Ten thing makes me smile. I can't help it. He's gotten himself over entirely with the NXT regulars, with virtually no help from anyone. Most guys can't get a catchphrase over. His catchphrase is the numeral 10, as it is over as f*ck.

His match in Toronto with Bobby Roode has the potential to steal the show. Number one, they're both Canadian. Number two, Bobby Roode is the most over heel in the company, mostly due to his theme music, sure, but he's also really great at being a dick.

They ran a promo video package on NXT this past Wednesday and I find it unforgivable that it's not on YouTube. That's how great it was.

EDIT: They finally uploaded it, so here it is.

They had Bobby Roode straight up lying about how they got to this match. "Tye Dillinger begged me to be his partner for the Dusty Classic," he says. Then they show film of him asking Tye Dillinger to be his partner. Stuff like that. It's perfect. They show Roode deserting Tye during their Tag Match with SAnitY. They show Tye calling Roode out and Roode viciously attacking Tye from behind as a means of accepting his challenge. And most importantly, they give you that Tye Dillinger backstory that I wrote about back in August, and they explain that Tye's Perfect 10 gimmick isn't arrogance, it's a confidence in himself that he realized was necessary after five long, hard years away from WWE. After a whole career of people underrating him, Tye realized the only rating he needed to worry about was his own. Brilliant. And what does Bobby Roode have to say about that? "It's pathetic."

The build for this match has been near perfection, and I think it's going to steal the show.

Prediction: Roode hasn't been pinned since debuting on NXT, and I think that streak ends here. Roode's bullet-proof. Win or lose, he comes out of Toronto basically the same. Plus, they really seem to be pushing Dillinger hard (that video package is evidence of that) and there's no better way for them to cement that then for Dillinger to be the one to hand Bobby Roode his first loss. Look for Dillinger to kick out of Roode's Impaler DDT and get a flash-roll-up victory. You can even have Roode attack Dillinger during his celebration to get his heat back. But personally, I'd love to see Dillinger move on and be Eric Young's first feud in NXT. He's still got unfinished business with SAnitY, and Takeover San Antonio is just two months away. Pick: TYE DILLINGER

I mean, I can't be the only one who sees Tye Dillinger's redemption story as this phenomenal opportunity for WWE to create a brand-new mid card star, can I?

Think of the feud he could have with The Miz, for God's Sake.

I'd pay good money to see that.

But maybe that's just me.

Exclusives
Nidia Remembers Her Time On Tough Enough, Creative Editing From MTV
Bret Hart Says He Was Supposed To Play A Viking In The Simpsons, Not Himself
We Asked Kenny Omega To Say Nice Things About AEW Wrestlers, Here's What He Said
Kenny Omega Talks Retirement, Thought He Was Going To Have To In 2015
Update On Arturo Ruas, Original Plans In WWE