Catching you up on what happened last week
and what's in store for tonight.

Goldberg announced he's going to compete in the Royal Rumble, and it's all thanks to Stephanie McMahon, because she's the greatest, and a much better commissioner than her brother Shane, and she's so smart and pretty too, and also she totally didn't tell Goldberg to say those awesome things about her because that's really the way he actually feels, because that's the way everyone feels about Stephanie, yup, that's the truth.

Look, I'm all for this Royal Rumble face-off between Goldberg and Brock, where they eliminate ten guys to get to each other, then eliminate each other via the old clothesline over the ropes bit, leading to the final grudge match at Wrestlemania, but last week is probably the last time we see Goldberg until after Christmas, and Lesnar too, for that matter.

That sucks. They need to strike while the iron is hot with this thing. If Brock isn't heard from, it's too easy to assume that he's really done, you know, instead of F-5'ing Grizzly Bears into the ground, or whatever he does to blow off steam out in the wilderness. We need some resolution on the Lesnar side of things, and the longer we wait, the more it's going to feel like we really did watch the the Beast get put down for good.

Which means there's no heat for a Mania rematch. Like, at all.

All I'm saying is that the WWE ran a poll on their own website about whether or not fans want to see another Goldberg/Lesnar match and this is the current result:

So Stephanie McMahon hates Sami Zayn, and somehow blames him for losing the IC Title Match at Survivor Series, even though Maryse blatantly cheated to help Miz win, and Stephanie McMahon has eyes, which presumably work, and saw exactly what happened and still blames Sami and yet somehow we're supposed to believe she has the objective judgment necessary to be the Commissioner of WWE's flagship show. Neat.

So she forces Mick Foley to punish Sami Zayn by making him face a pissed-off Braun Strowman, which is something that Sami Zayn volunteered to do like a month ago, but you know what, screw it, we're running with this thing now, it's fine, it's fine, don't question things, it's fine.

And all Braun Strowman does is steamroll poor Sami Zayn into a greasy spot on the canvas. 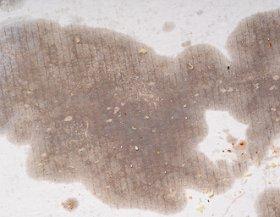 Braun destroys Zayn so thoroughly that Mick Foley has to come out and stop the match, all forlorn and shit. Zayn barely knows where he is, and probably has internal bleeding, due to all of his insides being squished into jelly.

So, it's time to talk about Braun. Seriously.

Dude is 6 foot 8, and near 400 pounds. He's as strong as a team of oxen and as vicious as a pack of hungry wolves.

His Twitter is a sparse collection of weird Haiku-like poems:

My Shadow.
Change is coming.
Now is my time.

I mean, who's going to argue with him?

THE BIGGEST MISTAKE THEY MADE
WAS BELIEVING MONSTERS DID NOT EXIST.

All of his Tweets include the hashtag #MonsterAmongMen, because that is exactly what he is.

Braun Strowman does whatever he wants to whomever he wants and the toughest competition they can think to give him is Sami Zayn. Who's next? Neville? Who are the other mid-card babyfaces he can go through before he starts working with the big boys? Will they have him demolish Mark Henry and Big Show on his route to the top? And what is the top, exactly? Is Braun the guy they're going to build so that Roman Reigns can take him down? I mean, now that Brock is seemingly Nerfed forever, is it Braun's turn to be the beast that needs to be slain? Regardless of what his ceiling his, (and I think it's really damn high) in this era of 50/50 booking, it's a rare treat to watch a true #MonsterAmongMen at work, and I'm going to savor each and every moment of dominance along the way.

Of course, I could be wrong about everything, and they're just building him to feed to Goldberg at the Royal Rumble, because that's the kind of thing they might do, too.

And now a preview of Tonight's Raw:

As always, these topics come from the official preview on WWE.com: 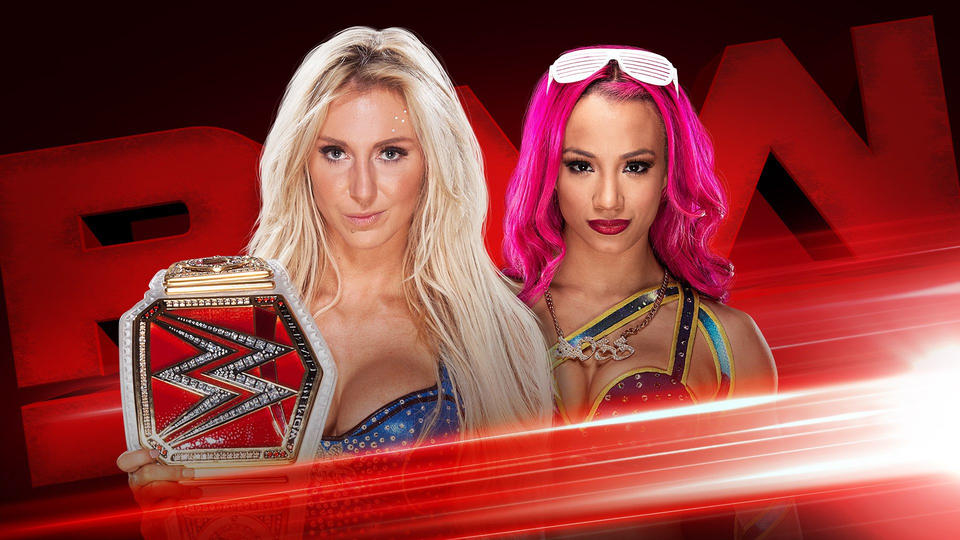 So the rule has been that when Sasha and Charlotte face each other for the title at a PPV, Charlotte wins, but if it's on Raw, Sasha wins.

That's made more complicated by the fact that Raw is happening in Charlotte's hometown of Charlotte, North Carolina, and I know there are some of you out there who are just figuring out that connection right now.

Don't feel bad, it happened to me like a year ago.

Anyway, as much as I like the idea of the title bouncing back and forth between these two for the next few months at least, eventually something's gotta give, which brings me to the reports that Vince is pissed at Sasha because a table wouldn't break at Hell in a Cell. I think he's moving her down the card for a bit, to feud with Nia Jax, but I'd also accept her joining forces with Charlotte soon in a surprise heel turn which would give Bayley something to really fight against. And "Plucky Underdog Bayley Being Shit On By Her Former Best Friends" is the best version of Bayley there is.

Probably not. They brought up Demolition's record last week for a reason; they want everyone to know about it so they can start counting down the days.

What I mean is, they couldn't beat Demolition, RIGHT NOW. Like, in their current state, as two men nearing 60 years old.

Gallows & Anderson can't really beat anyone, is the general thrust of my argument here, as evidenced by them struggling way too hard to put away Golden Truth last week.

That won't stop them from talking a big game, though.

Put up or shut up, Good Brothers.

That's a weirdly worded topic that basically means "Chris Jericho interfered in a No-DQ match last week where he was banned from ringside which didn't make any sense in the first place."

This is probably building to Rollins vs Jericho at Roadblock, along with Roman Reigns vs Kevin Owens. I hope both matches are No-DQ, but everyone's banned from ringside and also foreign objects are banned and also low blows are absolutely 100% illegal, but remember it's also a No-DQ match, so all of those things I just said don't matter.

So the title match isn't until Tuesday on 205Live, but I guess there's going to be some drama tonight too, or whatever. Maybe Kendrick takes out Swann's knee with a lead pipe or something.

Anyway, the big news is that Rich Swann's face in on the RAW production truck now: 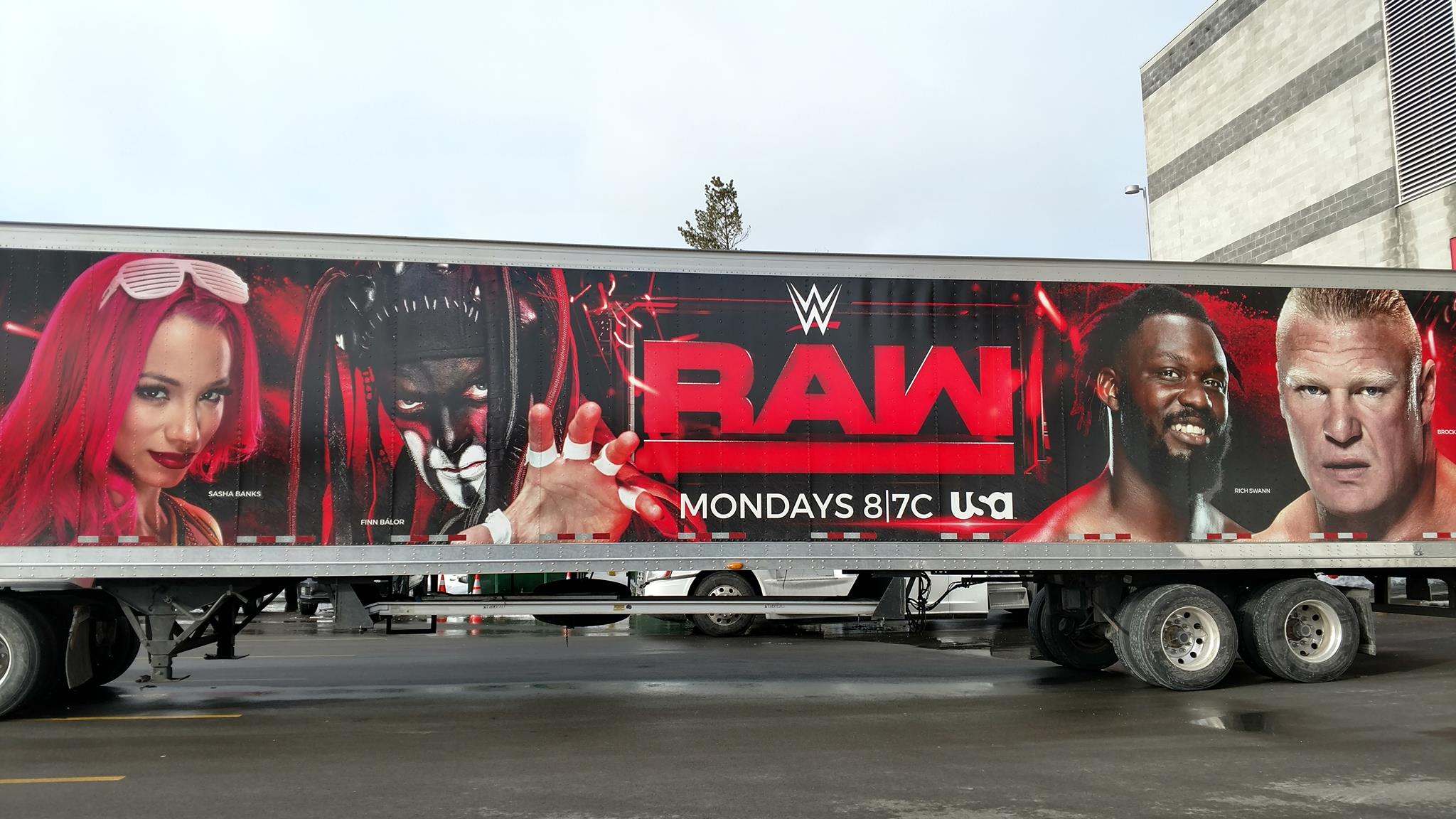 Oh, I see what you did there.

Anyway, this is all setting up a Big Cass vs Rusev feud, which we know from this Fallout video:

To be fair, we also know it's setting up a Big Cass vs Rusev feud because we've watched wrestling before and we're not stupid.

Come back tonight for my Live Coverage
and comment in the Live Viewing Party.

Until then, I've Been Alex Pawlowski
and this was me when Braun was murdering Sami Zayn.