WWE's "Queen" will not be present in London.

Charlotte Flair did not have the smoothest start to WWE's European tour as during a live event match against the current SmackDown Live Women's Champion Carmella in Oberhausen, Germany, Charlotte had some of her teeth broken. "The Queen" had to travel back to the United States to have emergency dental surgery done and she shared photos of the repairing process on her Instagram story. 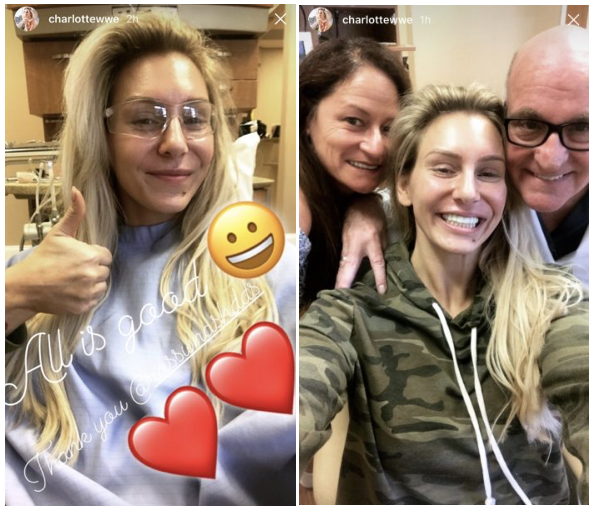 Charlotte was set to head back to the states regardless to do a presentation with WWE Co-President Michelle Wilson at the 'Needham & Company’s 2018 Emerging Technology Conference' in New York City and return to the tour after. Now, according to Dave Meltzer on the latest installment of the Wrestling Observer Radio, Charlotte will not be returning to the European tour just yet.

Fightful will have full coverage and spoilers from Tuesday's edition of SmackDown Live in London.