Major changes could be coming to WWE Network.

According to Wrestling Observer Radio, the WWE is heading towards a four-tiered price system, with the different price tiers opening up different amounts of content.

The Observer speculates that there have been also rumblings of discussions with Ring of Honor to run their content on the Network, and it was also said that Cruiserweight Classic is being added as a regular show. As reported, WWE has been negotiations for their video library.

Plan one (free) would have access to WWE video clips, less than 5 minutes each, access to the 24/7 stream (not including PPV), and implement commercials. The second plan ($5.99) is only for phone and tablets, pre-recorded versions of NXT, the 'four big' events, access to all content in the video archive 30 days after it airs. Plan 3 ($9.99) would be the standard service that exists today. Plan four ($14.99) includes everything mentioned, independent wrestling content, Hall of Fame voting, offline content download, early event ticket access, and fan perks. 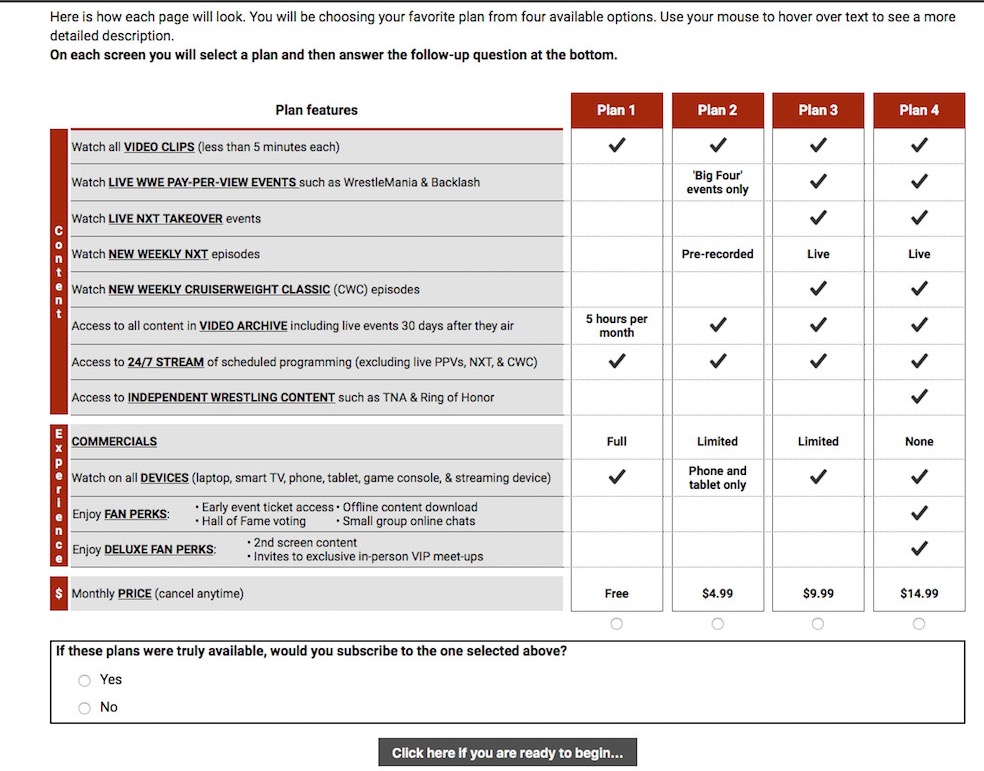