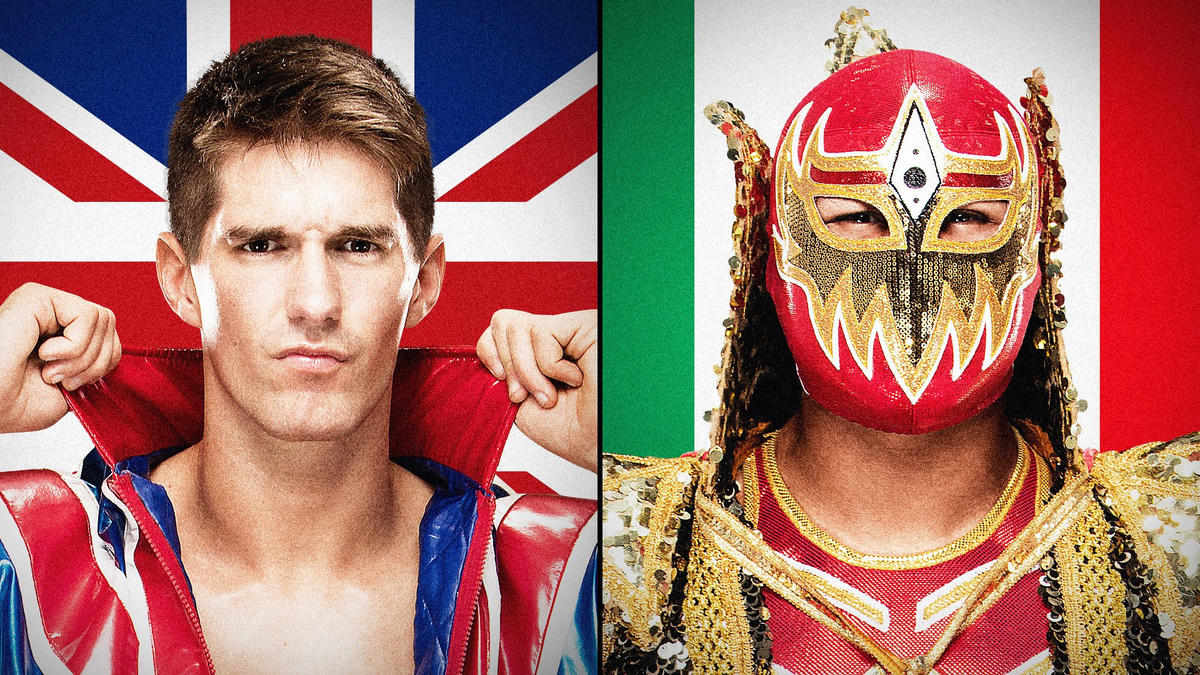 ZSJ takes control with a European uppercut counter to another springboard move.

Now he's just bending Metalik in all sorts of ways.

Metalik fights back with a running headscissor takedown.

THIS IS SO GOOD.

Sabre keeps trying to get ahold of Metalik, so he can try to wrench his arms off.

Metalik keeps getting free to kick Sabre in the face and do stuff like reverse slingblades.

Can't wait to see him on Raw.

MY GOD WHAT A LARIAT FROM METALIK.

Tightrope crossbody countered by a European Uppercut, followed by a PK from Sabre.

Trading strong style elbows and slaps from a kneeling position.

Metalk caught in some kind of Octopus-like submission, but he gets to the ropes.

Springboard again by Metalik, but HE HIS CAUGHT IN MID AIR INTO A TRIANGLE HOLD.

Metalik flips over into a pin. Two count.

All of a sudden Metalik has Sabre up in position for the Metalik Driver.

Wow. This was amazing. 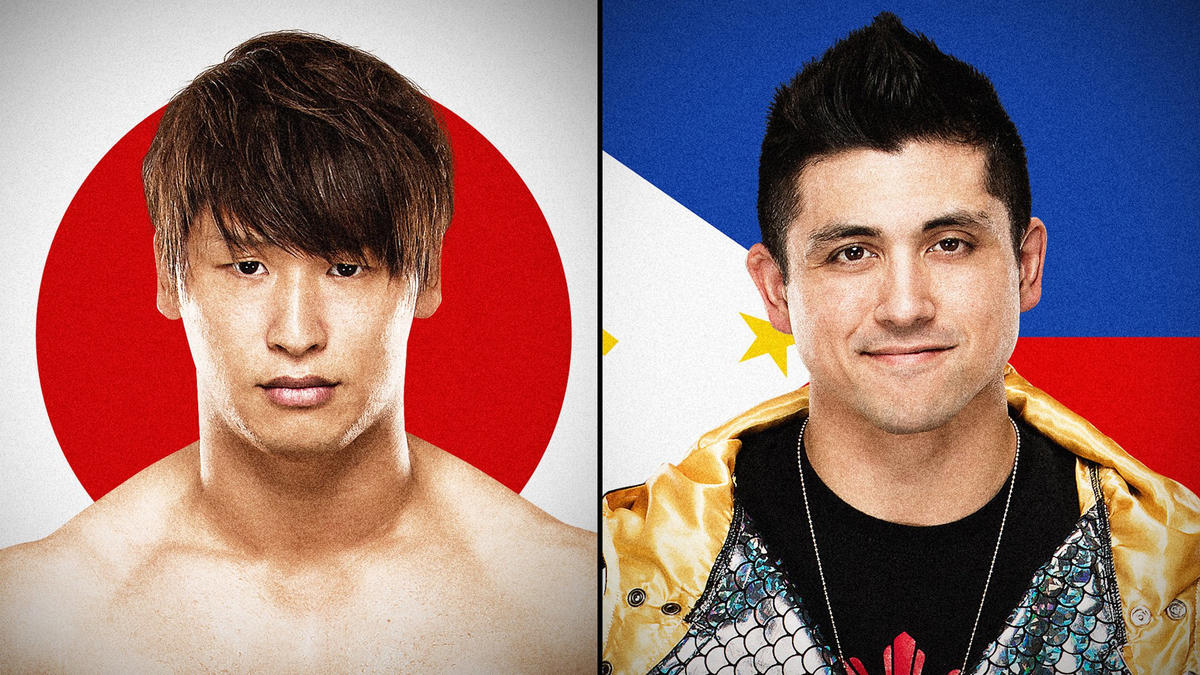 A lot more feeling out between these two in this one.

A few moves later, Kota knocks Perkins to the outside with a big springboard missile dropkick.

He tries that Golden Triangle Moonsault thing, but Perkins takes out his legs and Kota lands awkwardly on the outside.

Ibushi makes hit back inside as the 10 Count is at 9 and a Half.

Back and forth, spectacular action from both men.

A standing Frankensteiner out of nowhere throws TJP to the outside, followed by a Golden Triangle Moonsault, successful this time.

Big Missile Dropkick from Kota, trading kicks, Perkins gets the knees up on a Moonsault.

Perkins is able to lock on the kneebar, but Ibushi gets to the ropes.

Ibushi kicks Perkins in the chest about a million times.

He goes for that German suplex from the apron back into the ring thing, but Perkins fights out of it.

He hits a wrecking ball dropkick, then goes up top.

Ibushi hits the pele kick, Perkins slumps to the floor.

(I AM WAY BEHIND HERE BECAUSE THERE IS SO MUCH GOOD STUFF.)

At one point, Perkins catches Ibushi in the KneeBar OUT OF THE PELE KICK.

At another point, Ibushi hits the Golden Star Powerbomb, and Perkins kicks out.

MY GOD THIS IS THE GREATEST MATCH I HAVE EVER SEEN.

Perkins is able to counter another attempt at the Golden Star into a kneebar, then combines that with some kind of rear choke.

What a match. What an upset.

TJ Perkins is getting booed by fully 1/3 of the crowd.

I don't know why. He was f*cking great in this match.

Forgive me for not giving play by play of this.

If Tommaso turns on Johnny, I'll be sure to let you know.

Gargs & Champs win with their Dual Kick and Knee thing to Noam's head.

HUNTER BROUGHT OUT A BELT AND EVERYTHING.

Back and forth feeling out process.

Metalik gets Perkins on the outside, then hits his headbutt suicide dive.
(it is only 1,000,000 times better than Dean Ambrose's)

He rolls TJP back inside, hits his tightrope springboard swanton.

Back and forth some more.

A hurricanrana from Perkins takes Metalik to the outside.

A senton atomico by Perkins onto Metalik from the apron to the inside.

Dropkick to the back of the head, rest hold, sidewalk slam. Two Count.

Back and forth some more.

PERKINS ON THE APRON, METALIK SOMEHOW HURDLES THE ROPES AND HURRICANRANAS HIM TO THE FLOOR IN ONE MOTION.

A springboard elbow drop back to the inside.

PERKINS SLAPS ON THE KNEEBAR.
METALIK GETS TO THE ROPES.

Kicks and slaps and chops.

Metalik reverses a Benadryller into a DDT.

Metalik goes up top for the moonsault, eats a foot on the landing.

Gutbuster/Lung blower into a pinfall attempt from TJP.
Kick out, DIRECTLY INTO THE KNEEBAR.

Metalik is in it for about twenty minutes.

Finally he's able to reverse it into a pinfall attempt.
Kick out.

He's not able to hit the full Metalik Driver, more of a Michioku, but Metalik hurts his knee on the landing.

Slaps traded back and forth.

Metalik puts Perkins on the top rope, is going for an Avalanche Metalik driver, but Perkins rolls off his shoulders, grabs a leg on the way down, pulls Metalik into the Knee Bar.

WINNER, AND NEEWWWWW CRUISERWEIGHT CHAMPION OF THE WORLD

Holy crap what a match.

Holy crap what a tournament.