Related Article Eddie Kingston: I'm Trying To Get Tony Khan To Buy The Knicks And Make Me The General Manager 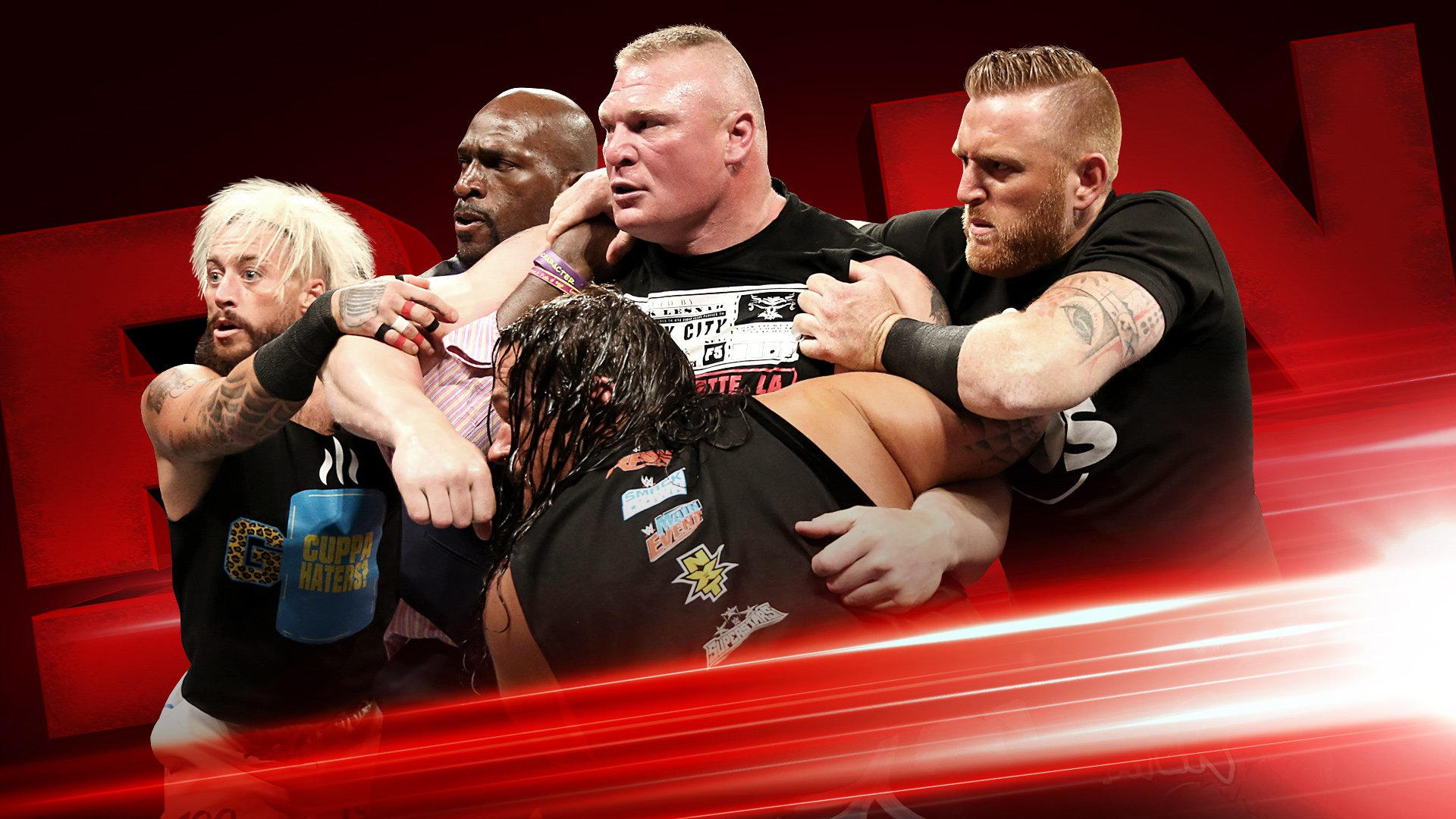 This week, Brock Lesnar is back on Raw, will he come face to face with Samoa Joe again? What is next for Enzo Amore after his split from Big Cass? What will happen with Goldust's "The Shattered Truth" premiere? Let's find out tonight on Raw!

Here we go! Roman Reigns starts us off. Reigns and Braun are set for the Ambulance Match at Great Balls of Fire. Crowd is chanting "We want Strowman." Reigns says he is going to call it like it is, Samoa Joe locked in the Coquina Clutch and Strowman kicked him while he was down. Roman officially accepts the Ambulance Match challenge, and Roman says he is going to take Strowman straight to hell at Great Balls of Fire. Roman is interrupted by an ambulance driving in to the stadium. Roman makes his way to the ambulance. He looks through the back window but can't see in, he opens the door but there is nothing there. Braun comes from behind and throws Roman onto the stage. Roman comes back with a right hand, goes for a Superman Punch and Strowman throws him into the side of the ambulance. Strowman throws him into the back of the ambulance and shuts the door. The ambulance leaves with Reigns in the back.

Finn Balor and The Hardy Boyz vs. Elias Samson, Cesaro and Sheamus

Elias, Cesaro and Sheamus try to start us off with a song but The Hardy Boyz theme hits and interrupts them. Matt and Sheamus start off with Sheamus taking control with a series of hits, Matt comes back with kick, right hand, tag to Jeff, Jeff takes out Cesaro, Poetry in Motion, Cesaro in and out just as quick, Elias tries to get in the action but backs away. Commercial break with team Hardy in control. Back with Cesaro tagging in and Jeff is able to make the tag to Finn, Finn with a series of stomps to Cesaro's midsection. (Josh Duhamel is on guest commentary). Finn goes for a quick cover but Cesaro kick out. Sheamus gets tagged in after Finn takes some damage at the hand of Cesaro, then another tag to Elias. Samson in control, puts Finn in turnbuckle with his teammates and Finn tries to fight back. Sheamus tagged in, gets Balor up on his shoulder, Finn is able to gwet away and tag to Jeff, Jeff in hot, Jeff with a series of hits, Jeff on top turnbuckle, Sheamus rolls out of the ring, Jeff comes down on him from the top rope. Back in the ring with Sheamus in control now and he goes for a cover after delivering a knee to the face with the help of Elias Samson. Commercial break. Back with Jeff and Elias tagged in, Samson tags Sheamus back in who works on Jeff's left arm, Sheamus with a backbreaker, cover, Jeff kicks out, tag to Cesaro, cover and kick out by Jeff again. Cesaro working on the left arm again, Jeff tries to get a few hits in, Cesaro goes to the apron with a big boot to Finn, Sheamus gets tagged in, then Samson, then Jeff is able to make the hot tag to Matt who puts the hurt on Samson in the turnbuckle, then a Side Effect, Cesaro jumps in and hits Matt illegally, Cesaro and Sheamus with a double team on Matt, cover and Finn comes in right before the count is over, Finn gets tagged in, huge kick to Samson outside the ring, Sheamus looks for a big boot but Finn gets both Cesaro and Sheamus outside the ring. Finn flies over the top rope onto both of them. He's back in the ring with Cesaro, sling blade to Cesaro, drop kick, he moves to the top rope, Sheamus tries to come in but Matt gives Sheamus Twist of Fate outside the ring, Jeff Hardy takes out Samson, Balor is able to get off his Coup de Grace on Cesaro and pins him, one, two, three! Finn picks up the win!

Winners: Finn Balor and The Hardy Boyz via pinfall (Finn over Cesaro with Coup de Grace)

Goldust says it is showtime, tonight "The Shattered Truth" hits Hollywood. The Golden Age is back.

Goldust makes his way to the ring, he has his own personal cinematographer with him (dressed in gold, of course) in the ring. Now time for R-Truth, who looks mad coming to the ring.

Goldust starts off with a right hand, stomps, more right hands with Truth on the ground. The bell has not rung yet. Goldust continues to beat Truth around the ringpost, driving his face into it. Goldust moves to the second rope and stares down at Truth. Apparently, Goldust had no interest in a match, just wanted to beat up Truth.

Backstage, Heyman says that Brock Lesnar will be here at Raw tonight, will call out Samoa Joe, Joe comes up behind Heyman threatening the Clutch, Joe says he knows Heyman is just an advocate, and tonight Brock will be in the Coquina Clutch.