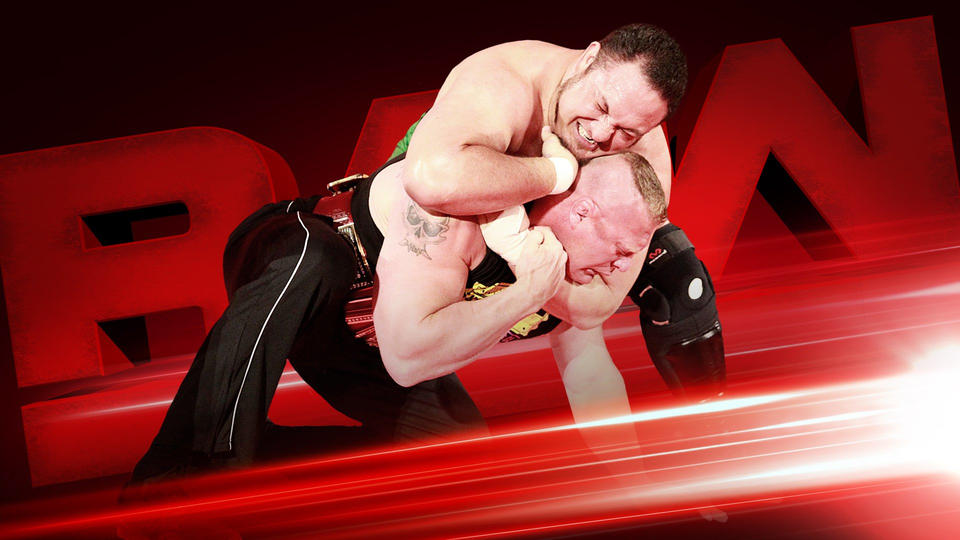 Tonight is the go home show for Great Balls of Fire! Will Brock Lesnar and Samoa Joe have another encounter tonight? Will Roman Reigns get back at Braun Strowman for putting him in an ambulance last week? What is next for Enzo Amore? All this and more tonight on Raw!

Video package on Enzo and Cass break up starts us off.

Enzo starts us off. Enzo vs. Cass will happen at Great Balls of Fire. Enzo says over the past year, he has been knocked out, beaten, disrespected, and it all happened when Cass had his back. Enzo says he was looking right past him. Week after week he runs his mouth, but he gets right back up. Cass never had his back, so, what is the worst thing that Cass can do? Knock him out at a PPV? It's already been done. Enzo goes on to say that he is one of the toughest guys to step through the ropes in a long time. Enzo says he knows who he is, he doesn't need to be someone he is not. Enzo says he is confident and grateful.He is grateful for his dad, for every kid out there wearing a "Certified G" shirt. Enzo says he is going straight to the top. He has climbed out of holes, way deeper than 7 feet. He says Cass is nothing more than a 7 foot catch phrase that Enzo wrote. Enzo goes on to say that Cass needs to start wearing a shirt that says "Cass-hole". Enzo says that boot Cass hit him with gave him new life and Enzo is now an army of one.

Cass says that he is the star, he is where the money is and if Enzo thinks he can just sit there and run his mouth... Enzo comes from behind and knocks him down! Refs come in to take them apart! The match takes place this Sunday!

Bayley and Sasha make their way to the ring for tag team action!

Bayley and Sasha Banks vs. Nia Jax and Alexa Bliss

We start with Bayley and Nia, Nia immediately picks her up, Bayley gets down, Nia picks her up again, Bayley outside the ropes and slammed down on the apron. Nia with kicks in the corner. Bayley gets some in of her own. Dropkicks by Bayley. Nia picks up Bayley and throws her into turnbuckle. Bayley with kick and tag to Sasha. Double dropkick, Nia one on one with Sasha now, Sasha with dropkick sending Nia out of the ring. Nia pushes Bayley off apron, knee to Bayley slamming her into the barricade. Sasha goes to check on Bayley. Commercial break.They take Bayley to the back, it's Sasha on her own. Back with Alexa in control over Sasha, Sasha comes back throwing Alexa in the corner. Alexa with a kick to the face, throws Sasha in the corner who runs into Nia. Sasha goes for double knees and misses allowing Nia to tag in. Nia with backbreaker and elbow drops. Tag to Alexa, Sasha in corner, slap to the face by Alexa. Tag back to Nia with a big chop. Sasha with some punches and then runs into Nia's elbow. Bear hug by Nia. Sasha with elbows fighting back and Nia tosses her across the room. Alexa tagged in stands on Sasha's back and slams her head into the mat, cover and kick out. Alexa stands on her hair and pulls her arms up. Alexa grabs Sasha by the throat, slams her down, misses double knees, Sasha lands double knees. Sasha with a slam and kicks Nia off the apron. Banks Statement by Sasha and Alexa taps out!

Winner: Sasha Banks and Bayley (Sasha over Alexa via submission with Banks Statement)

Video package on Brock Lesnar and Samoa Joe. In the interview portion Brock says he loves who he is. Samoa Joe he will unbalance the Beast by slowly taking away his confidence. Lesnar says at Great Balls of Fire "Welcome to Suplex City, B***h".

Cruiserweight action up next.

Cedric comes out and says the nonsense between himself, Noam Dar and Alicia Fox is over. He calls Dar out to the ring and says he will send him back to Alicia in a neckbrace.

Alexander starting strong with a series of hits, off the top rope onto Noam. Noam runs out of the ring. Alicia stands inbetween Noam and Cedric to keep him from further damaging him. Back int he ring Noam gets the upper hand after a big kick to the chest. Noam with an arm hold. Dar with kick, Cedric catches one and elbow to the face. Alici on the apron, calls Cedric a loser, Dar tries to take advantage of the diversion, it doesn't work and Dar receives a Lumbar Check. Cover and win.

The Miz and the Miztourage make their way to the ring. Miz has the mic. It's time for Miz TV. Miz says that Lonzo Ball will big the biggest bust in NBA history. Miz says that when Ambrose came to WWE, everyone saw the promise in the ring. That he could be the next Roddy Piper but we were all wrong. We got the Dean who would tell a joke. Miz says Dean can't handle success. Every time Dean was a top dog, a main eventer, he caved under the pressure. Miz says Dean can't take the Intercontinental Title and make it relevant because that's his job. He says the biggest joke of them all is Dean Ambrose. Dean makes his way to the ring. D