Roman Reigns presumably gets a lot of WWE fans Tweeting disparaging things at him, considering his reputation for being Vince McMahon's undeserving golden boy, but he seems to be in no mood lately.

He had this exchange with a fan on Twitter this morning: 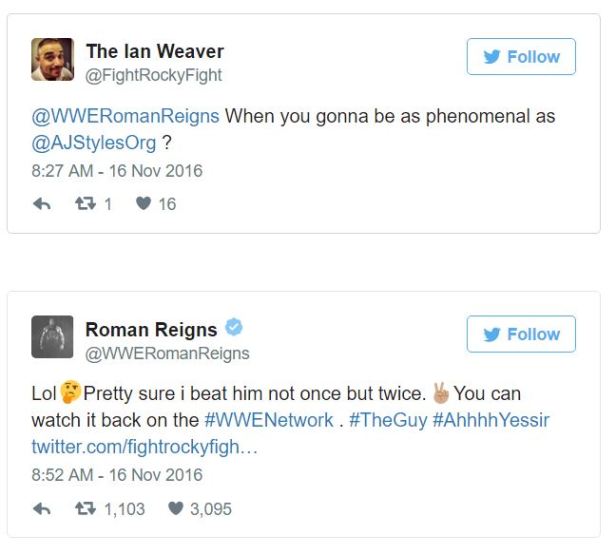 Now, "The Ian Weaver" probably didn't expect a response, but he got one, and not only from Roman Reigns. Dozens of Roman fans berated him for his hot take RE: Styles being more Phenomenal than Reigns. 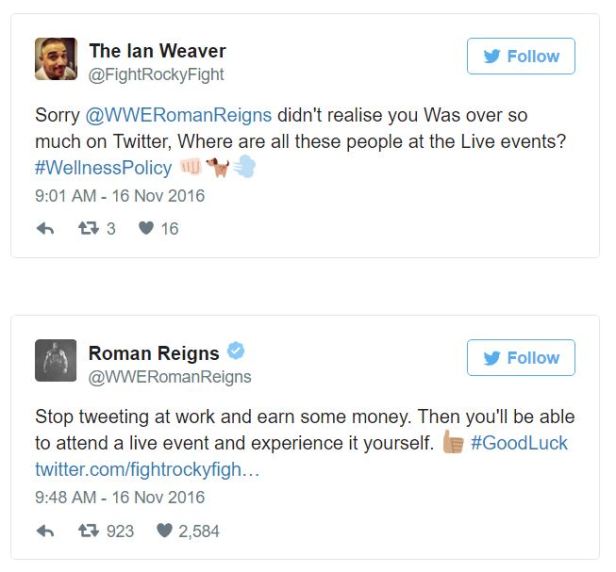 Consider yourself ethered, The Ian Weaver.

But at least you can take solace in not being the only hater that Roman has been feuding with on Twitter lately:

Roman Reigns won't be defending his US Title on Sunday at Survivor Series, but he is an integral part of Team Raw along with Universal Champion Kevin Owens, Chris Jericho, former SHIELD-mate Seth Rollins and walking house Braun Strowman.  They go up against Team Smackdown, consisting of the aforementioned World Champion Styles, other former SHIELD-mate Dean Ambrose, Bray Wyatt, Randy Orton, and Smackdown Commissioner Shane McMahon.