Ronda Rousey is down, but she's not out.

The Raw Women's Champion had a rough Sunday night at WWE Survivor Series as she was assaulted by Charlotte Flair with a kendo stick and chair. Rousey and Flair were having a competitive match that was well-received by those in the audience when Charlotte snapped, wailing away on Rousey with a kendo stick and getting herself disqualified. Charlotte didn't let up and went as far as "Pillmanizing" the neck of Rousey with a chair.

Today, Rousey shared a photo of the damage done by Charlotte and the kendo stick. 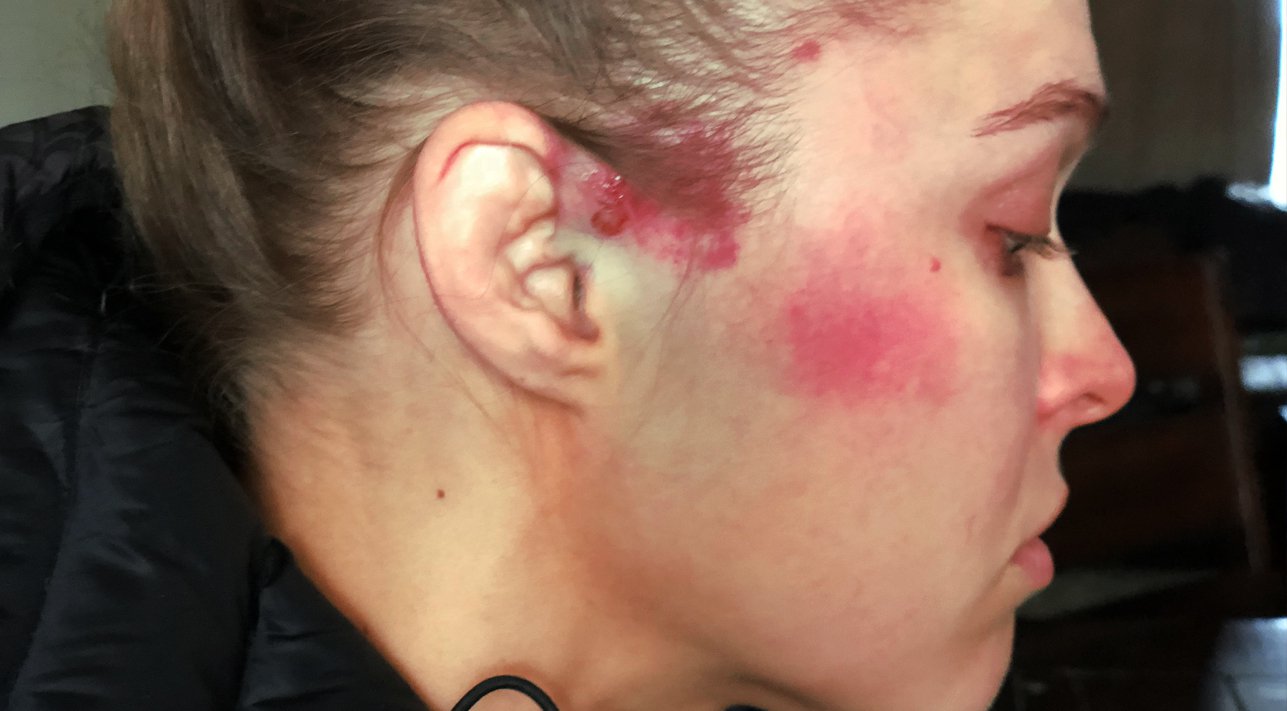 Rousey was able to leave the ring under her own power, but was booed by the WWE Universe on her way out.

In a statement released to her website, Rousey said, “I refused to let the doctor see me until they promised to clear me for RAW today, I said I would go home and glue it shut if I had to. They took a quick look and said I can either stitch it shut or glue it so I decided to glue it and I will be on RAW tonight!”