According to a new report, Tough Enough winner Sara Lee has been cut by WWE -- but she has bigger things on her plate.

Ryan Satin of Pro Wrestling Sheet is reporting that the 2015 female Tough Enough Champion Sara Lee was released after over a year with the company. Satin says that Lee was told of the move on Friday, but the reason for the release hasn't been made public.

Sara Lee had been criticized by coaches and fans alike for her slow progression in the ring. The WWE still has Josh Bredl, Patrick Clark, Mada, Daria Berenato and Mandy Rose under contract, after releasing ZZ Loupe and Sara. Raquel and Laurel Von Ness have been signed by TNA, and also appeared on the show. Lee won a $250,000 contract from her victory on Tough Enough,

Sara posted a photo on her Facebook (later posted on Twitter by Casey of Squared Circle Sirens) announcing that she's pregnant with her first child, and is due in May 2017. Former NXT Tag Champion Wesley Blake was also in the picture, who Lee has been dating.

Lee last competed on August 11 at a Tampa house show, teaming with Liv Morgan in a losing effort to Billie Kay and Aliyah. 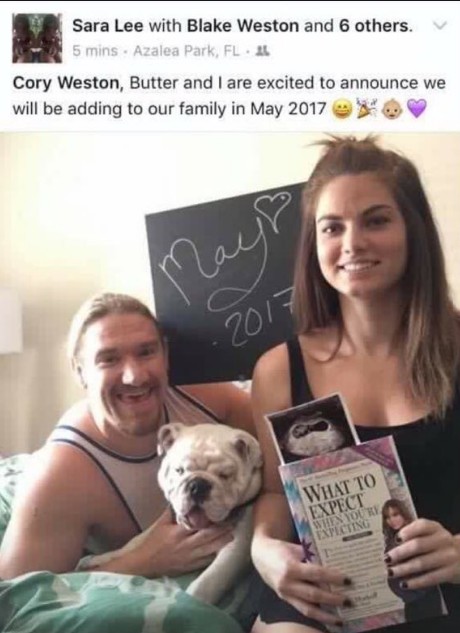