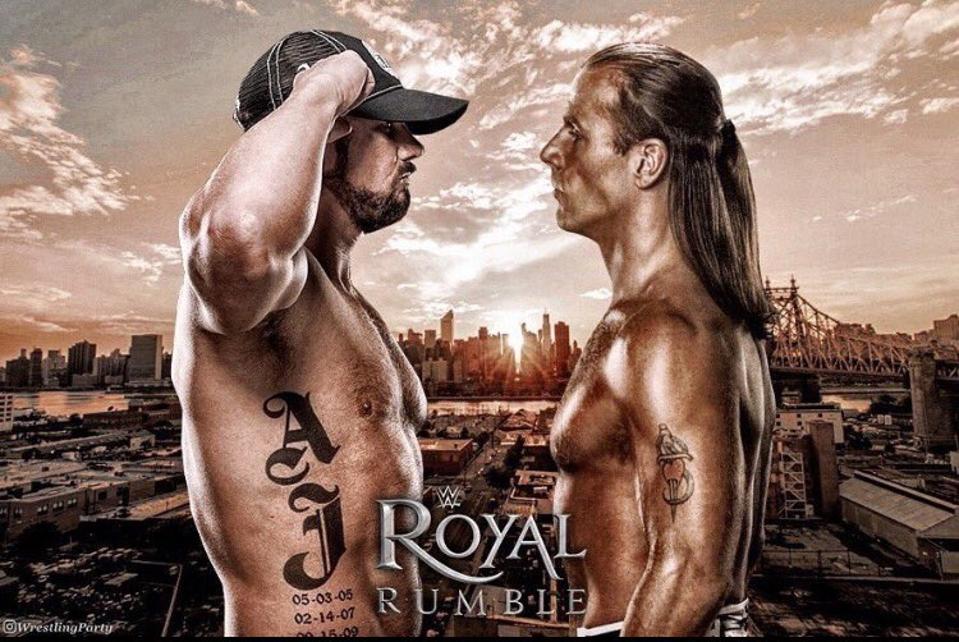 Turns out we almost got that match. But not at the Royal Rumble. At WrestleMania.

Instead, AJ Styles will be facing Shane McMahon. On television, Styles was without an opponent after losing a championship opportunity until his erratic behavior provoked McMahon into challenging him to a match at 'Mania.

But in an interview on the Sam Roberts Wrestling Podcast, Michaels reveals he was asked to face Styles at Wrestlemania, ultimately deciding to stay retired.

"I could have had that match. They did not have an opponent for AJ at Wrestlemania. I had addressed it before as if I hadn't been asked because I hadn't, but then I was. It was just something 'we don't have anyone to work with him and I'd really like to see you guys, are you interested?' And I said 'look, I wish that young man was here ten years ago' I honestly do. I think he's very talented. I think him and Shane will have a pretty decent match," said Michaels.

Michaels would go onto say that he has only seen Styles perform live one time but he knows he's a great performer. He also stated having a match with someone like McMahon could bring out the best performer in Styles. Michaels cited his experience with Shane and Vince McMahon and how he handled wrestling a non-wrestler. In the rest of the interview, Michael discussed his matches with Chris Jericho, Ric Flair, and Hulk Hogan. He spent a lot of time explaining his philosophy on both current and past events in WWE.

Sam Roberts' interview with Michaels can be found at Stitcher Radio.