The Spare Room: Who Should Be Next For The Beast?

This is a unique time for the Monday Night Raw brand, ladies and gentlemen.

Through every fault of their own, the brand's top champion is nowhere to be seen, having not defended the Universal Championship since winning it at WrestleMania, which is coming up on two months ago.

Through no fault of their own, the man who many felt was the brand's next contender for the title, Braun Strowman, is now out of action for a while after elbow surgery.

This has left Raw in a weird spot of needing to find someone... anyone... to challenge Lesnar. Reports have said that Lesnar will be making his return to the company in June, setting up his match for the "Vince McMahon is just so hip and modern" Network event, Great Balls Of Fire. As you probably should have seen by now, Raw has decided to take five top contenders and put them in a Fatal Five Way match at Extreme Rules, with the winner of the match getting the next shot at becoming Universal Champion. Seth Rollins, Samoa Joe, Finn Balor, Roman Reigns, and Bray Wyatt make up the list of competitors in the match, and the internet is already buzzing about the possibilities. Everyone has their thoughts and opinions on who they want to see face Lesnar, as well as who they don't want to see face Lesnar, but let's try to look at things a bit objectively here. This isn't going to be about what I want or do not want. This is going to be about what I feel should happen and shouldn't happen. Let's start by looking at the Fatal Five Way participants, in no particular order. 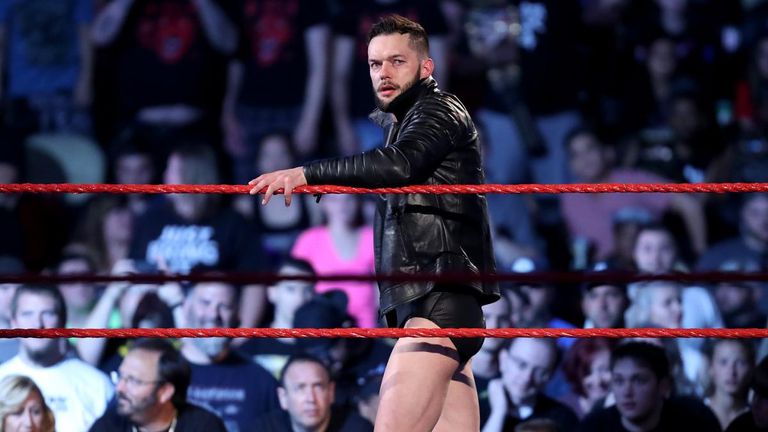 Finn Balor: When the competitors were announced, it was Balor who received the biggest face pop. Say what you will about his heavily kick-based offense or a lack of character development outside of The Demon, but the man is over with live crowds everywhere they go. That's enough to even be considered for a spot like this. The problem I see here is how a match between Balor and Lesnar would go. Lesnar matches are viewed, and treated, as more MMA fight than pro wrestling bouts. We've seen him in physical wars with opponents that are much bigger and stronger than Finn Balor is. Yes, Balor is used to the rough and tumble world of Japanese pro wrestling, but Lesnar is a different beast entirely (pun clearly intended). This talk goes back a few years, to when fans were wanting to see a match between Lesnar and Daniel Bryan. The people on the "pro" side of that said that Bryan was much smaller, yes, but he enjoyed a physical style and his own background with MMA training would allow him to go toe-to-toe. The people on the "con" side of it said that Bryan was much smaller. Period. End of argument. I have a hard time believing that a Lesnar/Balor match would look as "legit" as the company wants it to look. How would Lesnar not just rag doll Balor from pillar to post, as the saying goes? I just can't picture it working. With everything that Lesnar has done, it wouldn't make a lot of sense to have him take a lot of punishment from someone like Balor, unless the plan was to give Balor the ultimate push and have him as the one who sends Lesnar into retirement. Let's be real here... that probably isn't going to be happening at WWE Great Balls Of Fire.

Bray Wyatt: My roller coaster of emotions about the Bray Wyatt character continues on here. At some points, I'm a big fan, thinking that he needs to get a big main event push and be used as a major top tier player. At other points, I'm disappointed in his booking, watching him talk big and go on to lose every big match he participates in. That seemed to finally come to an end when he won the WWE Championship. It looked like things had begun to turn the corner for him. Then he got caught up in the insanely dumb story with Randy Orton, the burning down of houses, the desecration of Sister Abigail's ashes, and so forth. Then we got more talking, and more talking, and more talking... and another loss in a big match. Then we got even more talking, and even more talking, and even more talking... and another loss in a big match. Now, he's essentially back to square one. Bray is a physical wrestler, and that could make for a really good match with Lesnar as far as styles are concerned. I can't deny that whatsoever. Here's my problem with it, though... again, Bray's character talks a big talk, only to fail when everything is on the line. Brock Lesnar is billed as an almost God-like entity. He is billed as being someone that is pretty much impossible to defeat. Well, if Bray can't even defeat a "mortal" when the chips are down, how are we supposed to believe he has any chance of beating the "unbeatable"? Someone will inevitably say that Bray has control of some weird "supernatural" powers that could come in handy against Brock, but, uh, how well did that work for The Undertaker at WrestleMania 30? I'm not buying it.