SmackDown Tag Team Champions American Alpha do not currently have a match for WrestleMania on April 2nd.

That could be about to change. Last week on SDLive, The Usos defeated the champs in a non-title match, and tomorrow, as a result, they're getting a shot at the belts. 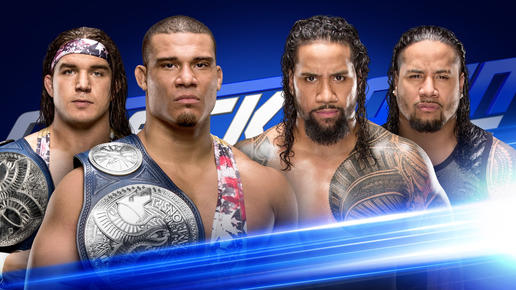 Looks like business is picking up for the blue brand's Tag Title scene just two weeks out from WrestleMania.

The Usos have history with the former NXT Champions. Early in their tenure on SmackDown, Chad Gable had his knee injured at the hands of the newly-turned-heel Usos, costing American Alpha a shot at the Tag Team Titles at September's Backlash PPV event.