OFF TRACK With A-TRAIN: Anthem Airs Wrong Episode Of Their Own Show On Their Own Network

Anthem got some serious heat from fans north of the border last night when they somehow aired the wrong episode of TNA Impact on the Fight Network in Canada.

Ready for the twist? Anthem owns both TNA Impact Wrestling AND The Fight Network.

As Larry Dallas put it:

How do you play the wrong episode of a show for a company you own, on a network you own?!

Here's what happened, in a story told by Tweets:

We're currently having technical difficulties with @IMPACTWRESTLING. We thank you for your patience.

The "technical difficulties" they're describing are that someone screwed up and is probably going to be fired.

We will be airing the new episode of IMPACT Wrestling later on tonight. Stay tuned for details. We apologize for the technical difficulties. 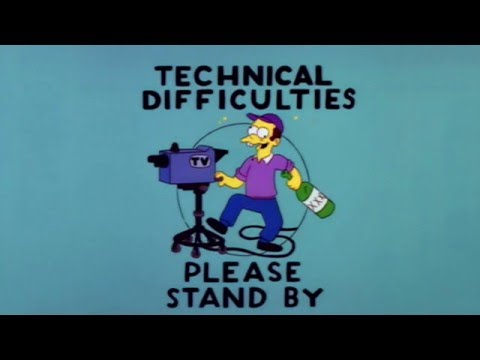 We will be airing this week's @IMPACTWRESTLING at the top of the hour. We appreciate all of you for your patience. See you then! pic.twitter.com/t1g91W9NQn

So everything worked out, I guess. Everyone in Canada got to see the right episode eventually.

Oh, yeah, I almost forgot. Hey, Anthem, I've been meaning to ask. How's that new fancy schmancy app working out? The one you just rolled out in the UK and Ireland that allows fans there to watch your show Live?

UK & Ireland: There is a great IMPACT in store for you, but a technical issue means it will go up at 4am instead of 1am. https://t.co/h7n61A1joZ

Oh well, I'm sure it'll work itself out.